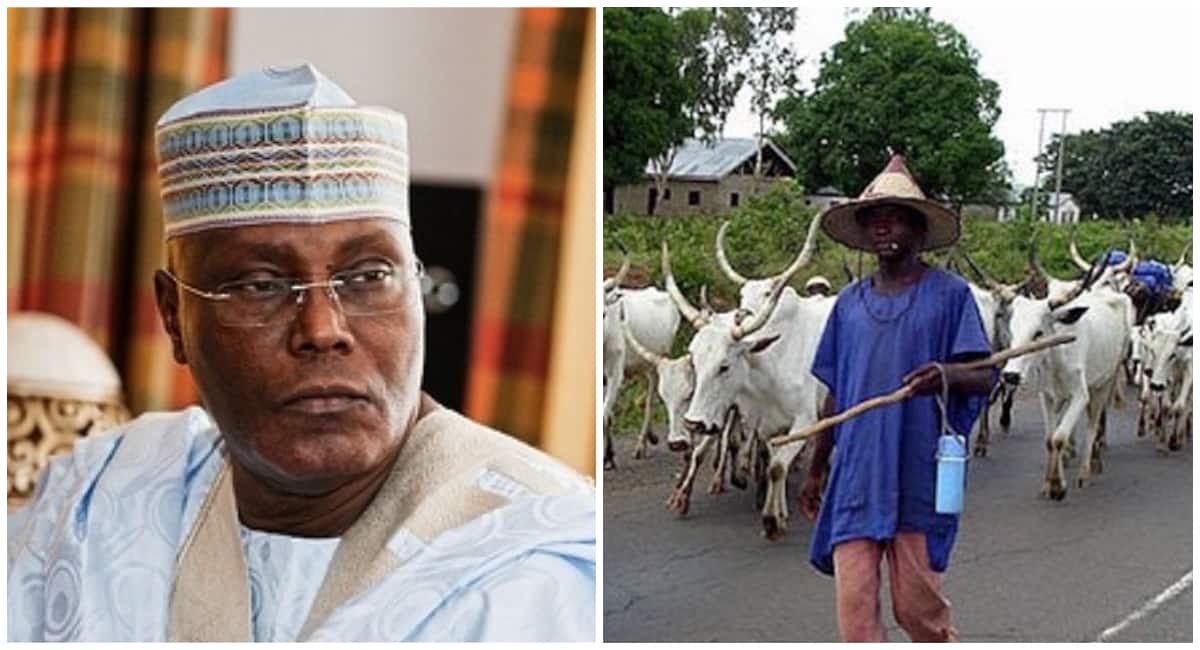 The presidential candidate of the Peoples Democratic Party (PDP) for the 2023 election, Alhaji Atiku Abubakar, had on January 31, 2019 kicked against the open grazing prohibition and ranches establishment law enacted in some States across the country.

Atiku, who was answering questions on a talkshow “The Candidates” a month before the 2019 general elections, said the law was unconstitutional and infringed on the rights of Fulani herdsmen to freedom of movement and residence across the country.

The presidential candidate of the main opposition party declared that the law cannot be upheld.

“The constitution does not restrict the movement of people in Nigeria, so any law that restricts people from moving freely and doing their legitimate business can’t be upheld”.

It  reports that some of the governors who signed the prohibition bill into law in their various States are currently supporting Atiku to emerge as next Nigerian President.

Apart from Benue State in the North Central, about seven States in the Southern part of the country, including Lagos have enacted the law.

Ekiti State signed the anti-open grazing bill into law in 2016, it allows for at least six months imprisonment for defaulters.

Abia State also signed its own in 2018, while Bayelsa State Governor Douye Diri signed the bill into law in March 2021, stating that the target is to stop incessant clashes between herdsmen and farmers in the State.

Recall also that the Rivers State Governor, Nyesom Wike signed the bill into law in August 2021.