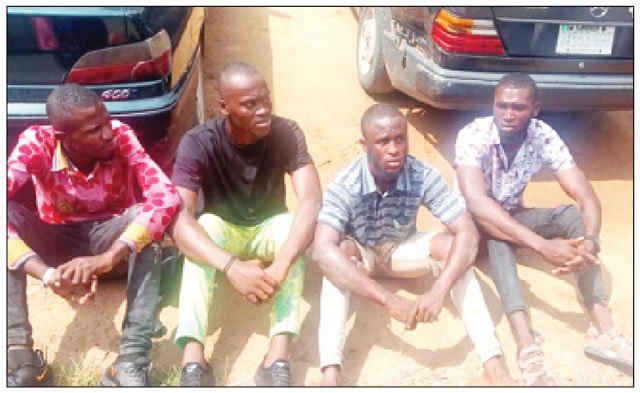 A female child trafficker have been rescued by soldiers from being set ablaze by angry mob in Aba North LGA of Abia State.

A source at the scene of the incident said the 46-year-old woman was caught at Obikabia Junction with a schoolgirl she allegedly abducted on Tuesday, May 31.

The suspect confessed to abducting the child from Ohanze junction by Umuobiakwa/Old Umuahia Road.

The woman pleaded with the mob for mercy but they insisted on lynching her.

However, soldiers who were at a military checkpoint a short distance from Obikabia Junction arrived the scene and rescued her.

Meanwhile, the mother of the schoolgirl had been contacted to come and identify the child.