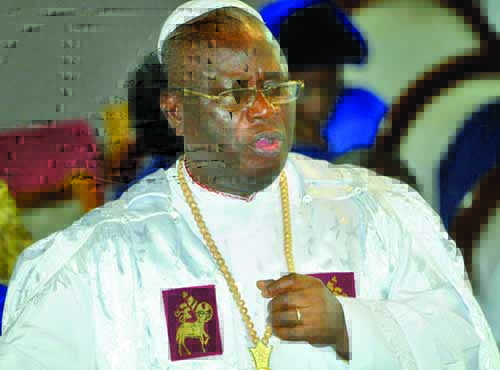 The Prelate of Methodist Church Nigeria, His Eminence Samuel Uche, has revealed that the Fulani herdsmen who kidnapped him said they were aiming to take over Igbo land.

The cleric told the press that his abductors were eight in number and all Fulani herders, noting that one of them, the leader of the group, said he was born in Amuxukwu, Umuahia, Abia State.

It  reported that the Prelate, his chaplain, Very Rev. Abidemi Shittu, and the Bishop of Owerri, Rt. Rev. Dennis Mark were abducted on Sunday along the Enugu-Port Harcourt expressway in the Umunneochi LGA of Abia State.

Uche spoke at a press conference held at Methodist Church, Yaba, Lagos State, on Tuesday, saying “They are Fulani boys; all the 8 were Fulanis.

“They told us that after buying enough weapons, they were going to bring all those people that were driven away from Zamfara, Katsina, Sambisa Forest, that they are all coming to locate themselves in Igbo land and deal with us,” he said.

He said the Fulani kidnappers claimed they were already stationed in bushes in the South-South and South-West, around the Lagos-Ibadan expressway, waiting for a signal to strike.

The cleric said his abductors claimed they will overtake Nigeria.

“Nigeria belongs to Fulani, we are in the bushes and we will finish you people and take over this land, ” his abductors had said.