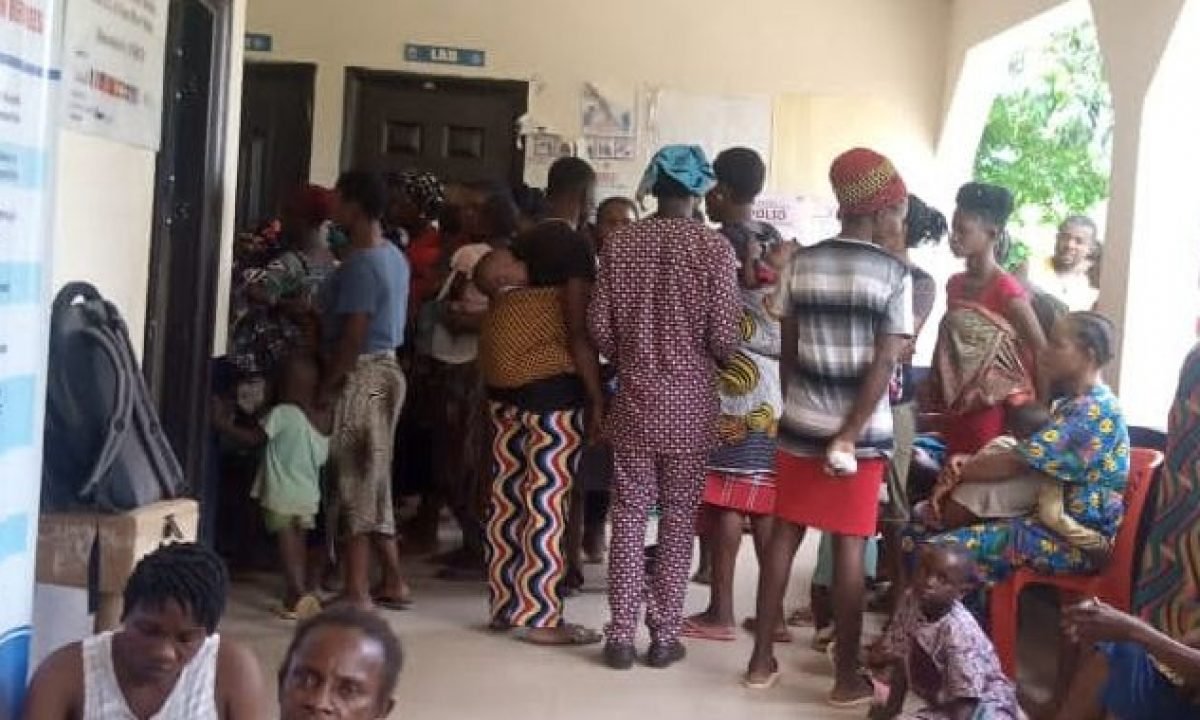 Members of the Nigerian Red Cross have since arrived at the Community health centre in Bashu, Boki LGA where new refugees from southwest Cameroon have flooded since Sunday.

The huge population of the new arrivals appear to be overwhelming.

They fled Obonyi, a border town with Boki LGA of Cross River State last Sunday after Ambazonian soldiers had reportedly killed about 20 Southwest Cameroonians in Obonyi border community next to Nigeria’s Boki LGA.

Reports say they allegedly refused to join the Ambazonian soldiers to fight Cameroon government for their independence.

The remainder of the population had to flee into nearby Bashu in Boki LGA Nigeria for their safety with matchet cuts and bullet wounds.

Their population as of yesterday stood at over 2000, according to local sources.

Many of them have knife cuts, bullet wounds and other injuries.

The head of a particular man was dangling following matchet cuts from the Ambazonian militants.

A Red Cross official who did not want his name mentioned said, “The number of these refugees are increasing. They need medical and humanitarian attention. We are trying our best but other agencies should come in soon before our supplies exhaust. Our personnel have been very busy attending to the influxes. We give the elderly women, children and critically wounded ones immediate medical care. But space is another problem…”

Augustine Ogar, a youth leader in the community, said facilities have been overstretched, and there is an immediate need for humanitarian supplies.