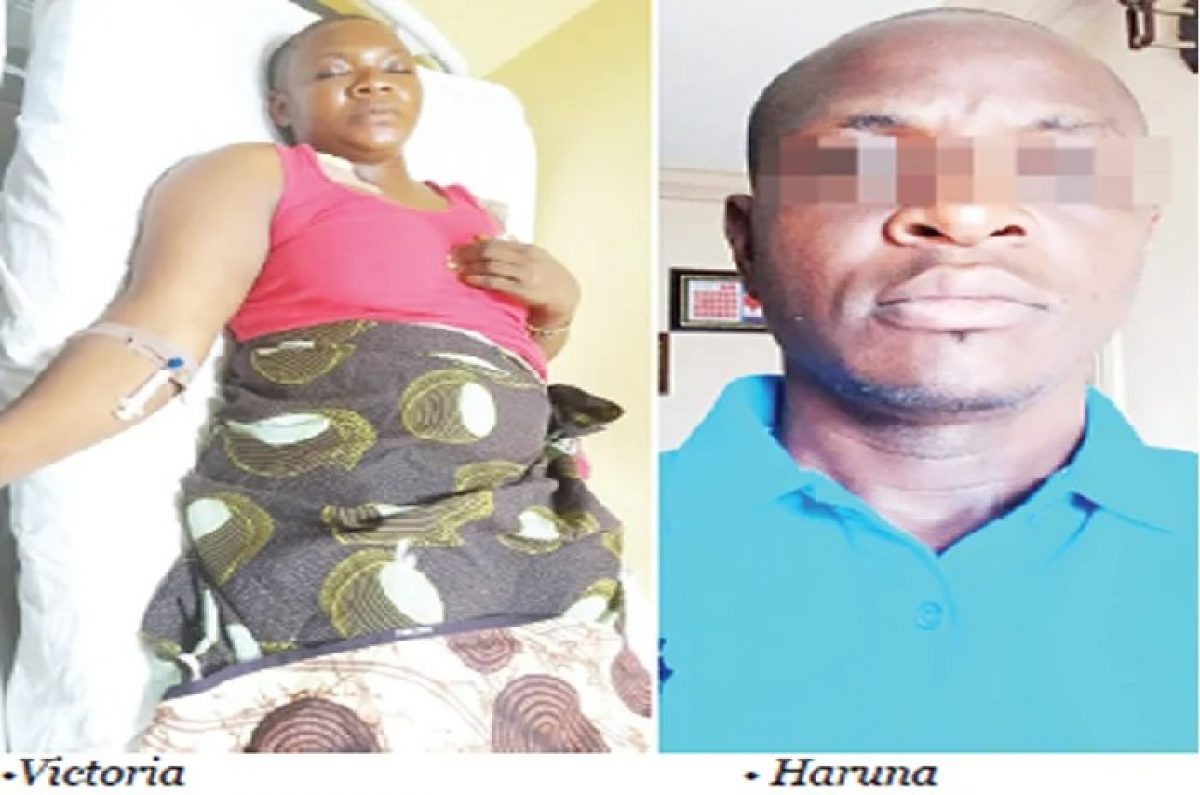 A 39-year-old house wife, Mrs. Victoria Emmanuel, on Friday, alleged that her husband, Mr. Haruna Emmanuel stabbed her following her refusal to reunite with him.

Victoria, who is presently receiving treatment in a hospital in Kaduna, said that she suffered domestic violence several times since she got married to her husband 16 years ago.

According to her, she later parked out of the house for fear of being killed by her husband in 2021 after she was almost strangled to death, and rented an apartment with her three children.

In an interview, a relative of her husband, who refused to disclose his name for security reasons, said, “what happened was that she was beaten on December 28, 2021.

“He almost strangled her. She took the case to a human rights group and moved out of his house. Her parents rented another apartment for her. She would have left Kaduna, but she was schooling there.”

He said Haruna, a building engineer, pleaded with the wife to come home after he signed an undertaking.

“He has signed undertakings more than three times, but he never honoured them. He signed an undertaking with her parents, another at Sabo Police Station and one at the DSS office. He refused to sign at the human rights organisation because of the conditions,” he said.

Meanwhile, Mrs. Victoria who managed to speak  because of severe pain, said, “I told him that I had forgiven him, but can’t stay with him.

“I was about to walk out when he grabbed me from behind and held me by the neck; he had a knife with him and stabbed me in my right chest with force and shouted, ‘die!’

“He removed the knife and stabbed me in my left and right hands. He also targeted my neck, but I managed to dodge it. He stabbed me in the back. My son was shouting and begging him not to kill me.

“Neighbours were trying to open the door, but they couldn’t. My son summoned courage to push him away. He used the knife on my son’s stomach. The boy narrowly dodged another attempt to stab him before neighbours came to our rescue,” she said.

A family friend said Haruna had not been seen after the incident.

“He dropped the knife, his phones, car keys and took to his heels when neighbours were struggling to keep Victoria alive,” he said.

His sister, Esther, aborted calls as soon as our correspondent introduced himself to her.

Haruna’s elder brother, James, declined comment on the matter, adding that they are heading for court and everything will be unraveled there.

The Kaduna State Police Public Relations Officer, Mohammed Jalige, did not pick his calls for comment.