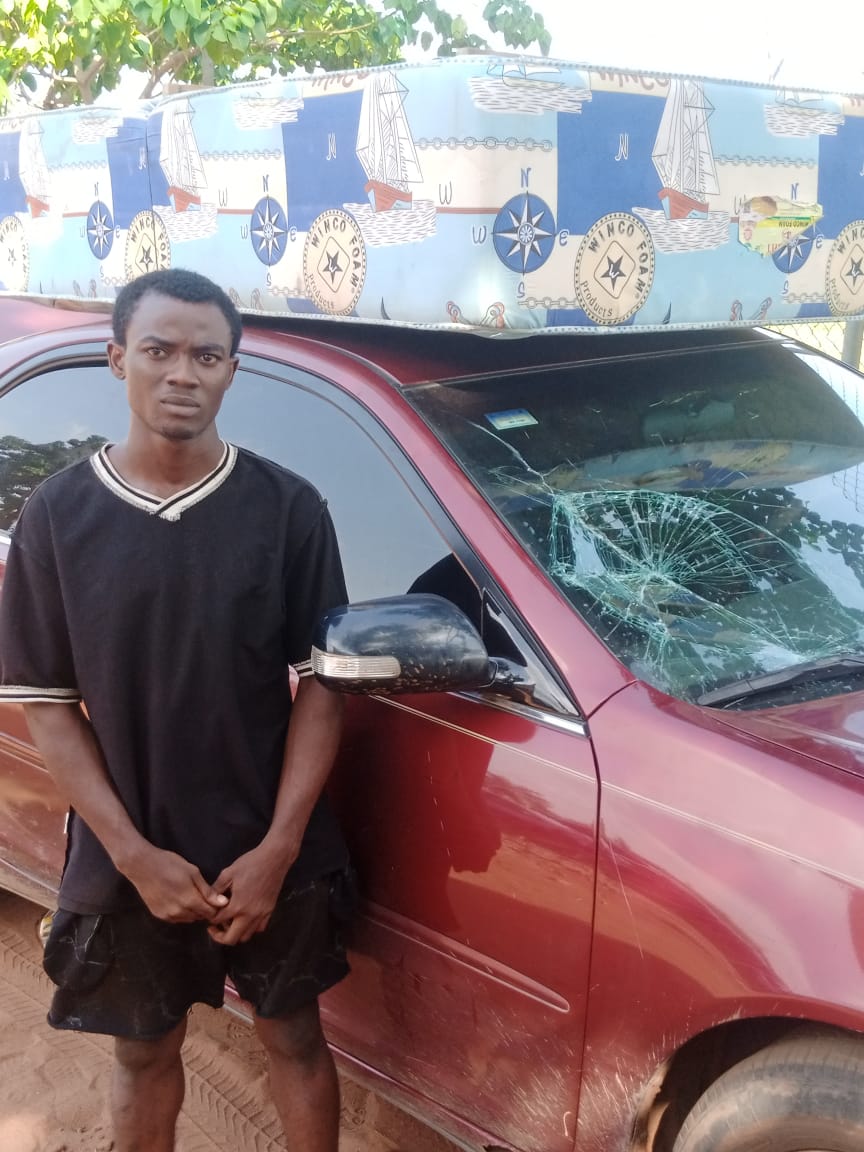 The Ogun State Police Command says it has arrested a 400-level student of the Olabisi Onabanjo University (OOU), Ago Iwoye, Olabisi Oluwatimilehin, for allegedly knocking down a police Inspector, Idowu Moses, with his car and leaving him for dead.

Oluwatimilehin was arrested on Wednesday “for making an attempt to kill the policeman on duty” along Ijebu-Ode/Ibadan road.

However, instead of the driver to stop, “he accelerated and intentionally knocked down Inspector Idowu Moses attached to PMF 71 Awa Ijebu.”

According to Oyeyemi, the police officer passed out momentarily having sustained serious bodily injuries.

“Having knocked down the policeman, the driver continued his journey towards Ibadan road, believing that the policeman was dead,” Oyeyemi explained.

He added that the injured policeman was rescued by his colleagues to the hospital, as others traced the suspect towards Ibadan road.

It  gathered that the driver of the car, Olabisi Oluwatimilehin, was eventually arrested at a village near Ibadan and moved to Ijebu-Ode area command.

Meanwhile, the Ogun State Commissioner of Police, Lanre Bankole, has directed that the suspect be charged to court as as soon as possible.