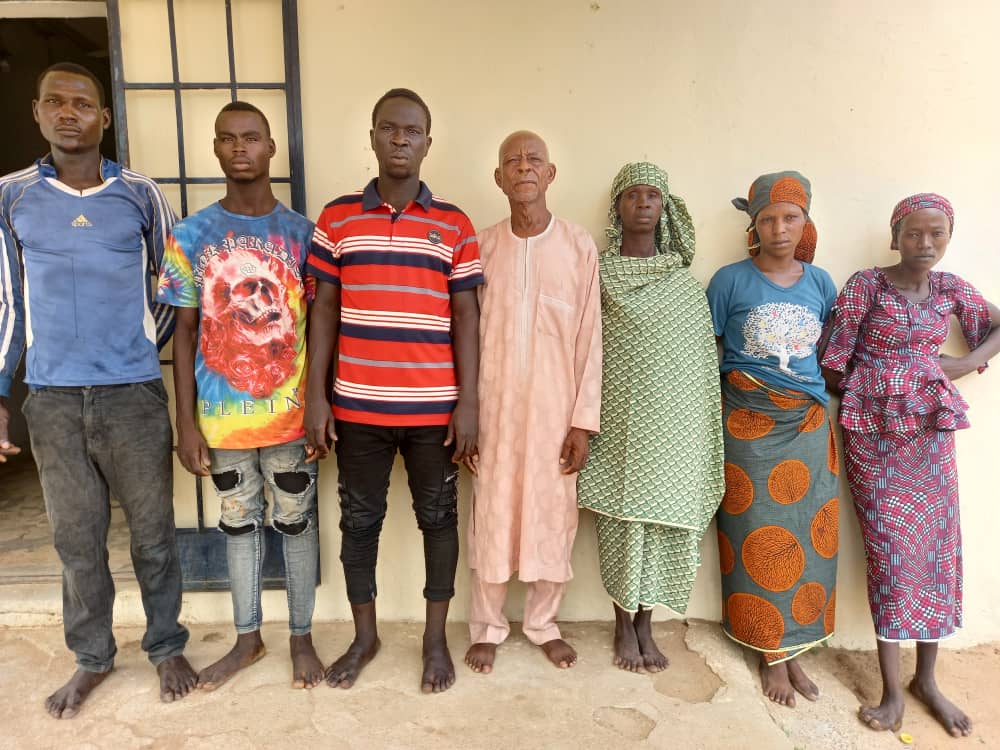 Seven suspects have been nabbed in Adamawa State for allegedly killing a 74-year-old man.

It  gathered Friday morning that the seven were arrested on Tuesday, May 31, “over the brutal murder and burning of one Zira Gree, 74 years old.”

A statement from the state police command said the victim was a resident of Gelegu village in the Michika Local Government Area.

The statement, signed by Police Public Relations Officer, Suleiman Nguroje, said, “The suspects on the 29/4/2022 conspired, waylaid and mangled to death the victim and burnt his corpse beyond recognition.”

The police said investigation so far has revealed that the suspects had earlier alleged that the victim was responsible for the death of their aged father, one Kwoji Sini who died on 17/4/2022 after a protracted illness.

“Angered by the incident of their father’s death suspected to have been caused by the victim through fetish means, the suspects decided to take the law into their own hands by killing and burning the 74-year-old man,” the police stated.

The suspects are all of Kopale village, in the Michika Local Government Area.

The suspects were apprehended by the command operatives attached to Michika Divisional Police Headquarters following a report received from the family members of the deceased, the police command explained.

It added that the state Commissioner of Police, CP Sikiru Akande has directed discreet investigation into the matter while warning members of the public to desist forthwith from any act capable of causing a breakdown of law and order.