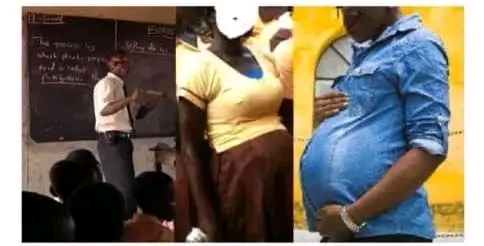 A level 400 teacher trainee is accused of impregnating his headmistress, four female teachers, and 24 students at the school where he was assigned.

It was gathered that the teacher trainee, whose name has not been revealed, is said to have impregnated 24 schoolgirls, the school’s headmistress, and four other female teachers.

One of the rules established by the Ghana Education Service and the Ghana Tertiary Education Commission (GTEC) is that students and teachers should refrain from engaging in any misconduct that would jeopardize the school’s smooth operation.

However, reports from the Ashanti Region, a teacher trainee on teaching practice in one of the Asokore Mampong Municipality’s Basic Schools has impregnated 24 school children.

According to reports, the teacher trainee is a level 400 student-teacher from a well-known Winneba College of Education. It is reported that the incident came to light after his relationship with the headmistress went viral in the community.

The matter is said to be under investigation by the Asokore Mampong Municipal Police Command.