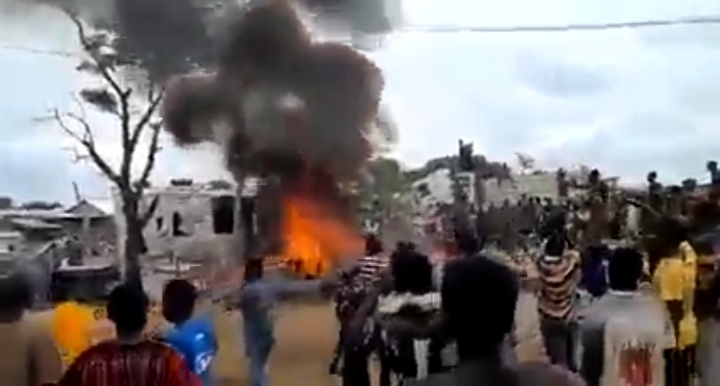 A young man who is yet-to-be named has been killed and burnt to ashes for alleged blasphemy in federal housing in Lugbe, Abuja, the Federal Capital Territory.

It was gathered from sources present at the scene of the incident that the victim who was burnt to death was a vigilant member.

A source told salemgists that the man’s crime was that he refused to release a suspect in their custody.

He said members of the vigilance group guarding a timber shed market at the Federal Housing Estate in Abuja had arrested some residents wandering around the market in the early hours of Saturday, June 4.

The residents were said to have begged the vigilance group to free them in the name of Allah, but one of the vigilantes kicked and made comments said to be blasphemous.

The vigilante member further angered the Muslim mob when he stated that he wouldn’t release the suspect even when “God comes down.”

The mob then descended on the vigilante member. They beat and stoned him to death before setting him ablaze.