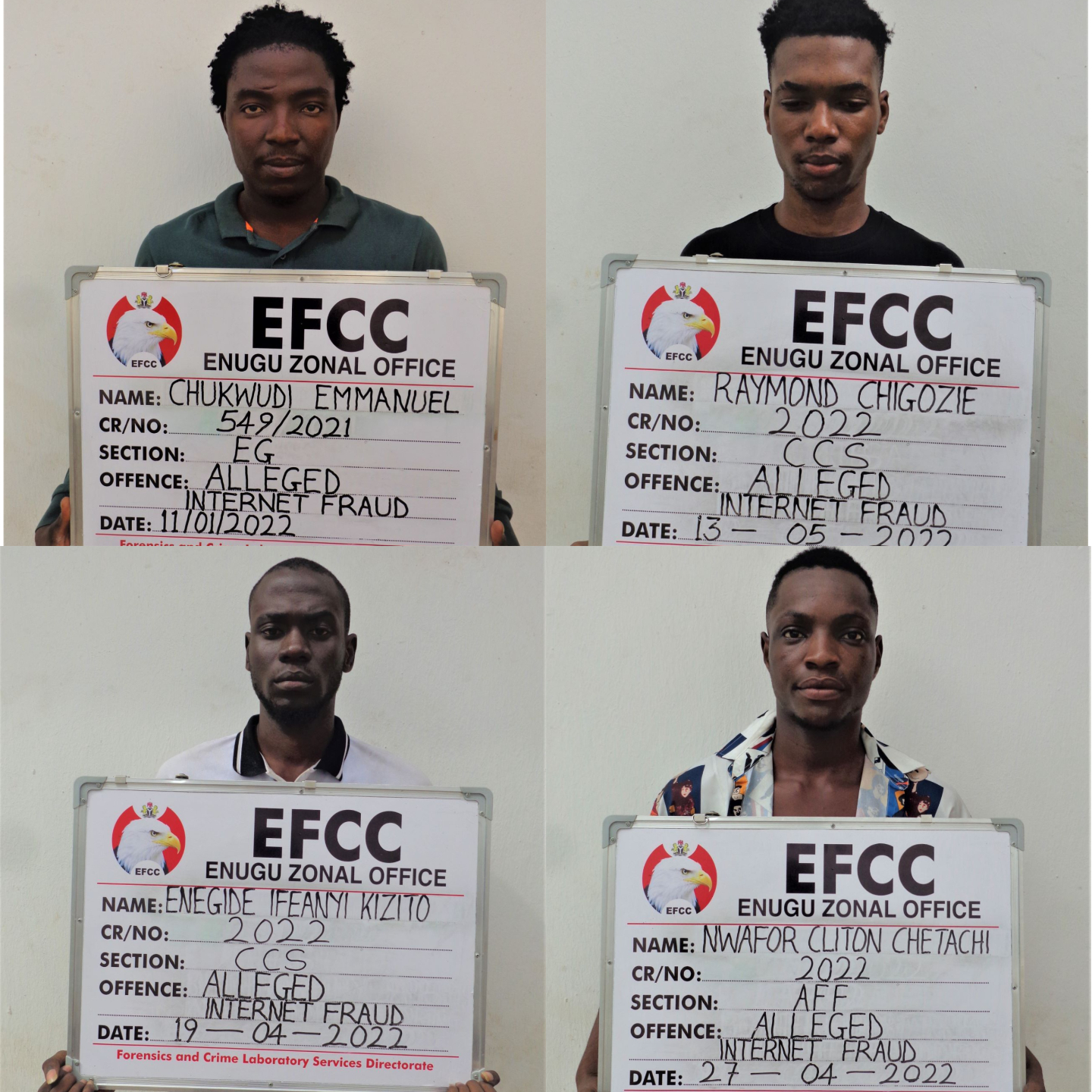 Seven young Nigerians have been sentenced to prison for internet fraud.

Justice I. M. Buba of the Federal High Court in Enugu convicted them on separate charges bordering on impersonation and obtaining money under false pretences from unsuspecting foreign nationals.

They were prosecuted by the Economic and Financial Crimes Commission (EFCC).

In one of the charges, the EFCC accused Chetachi of impersonating an American military personnel serving in Syria, Britton Thomas.

The commission said the offence committed in April 2023 was to gain advantage from Kristine, a Russian woman residing in Latvia.

All seven defendants pleaded guilty when the charges were read to them.

In his verdict, Justice Buba sentenced them to one year imprisonment with various options of fine.

They will forfeit their phones which will be auctioned by the EFCC and the proceeds paid into the Federal Government’s Consolidated Revenue Account (CRA).