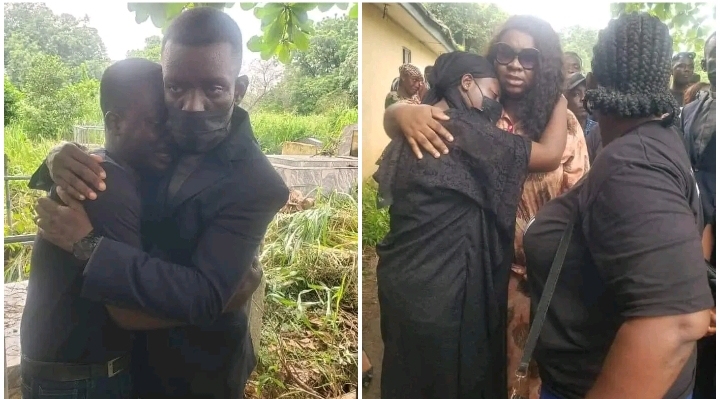 David Imoh, the Sound Engineer burnt to death by Okada riders in Lekki, Lagos, has been laid to rest today, Friday, 3rd June, 2022.

It reported that the young man met his death over a misunderstanding that ensued because of N100 balance with a commercial motorcyclist, popularly called Okada rider.

A source said trouble started when David and one of the commercial motorcyclists engaged in a fight because of the money. The sources said the situation soon degenerated as more motorcyclists allegedly pounced on David and his friends, beating them till they became unconscious.

The deceased was being beaten alongside yet-to-be-identified men, said to be David’s friends, according to a video.

However, David was buried today, June 3 amidst tears.