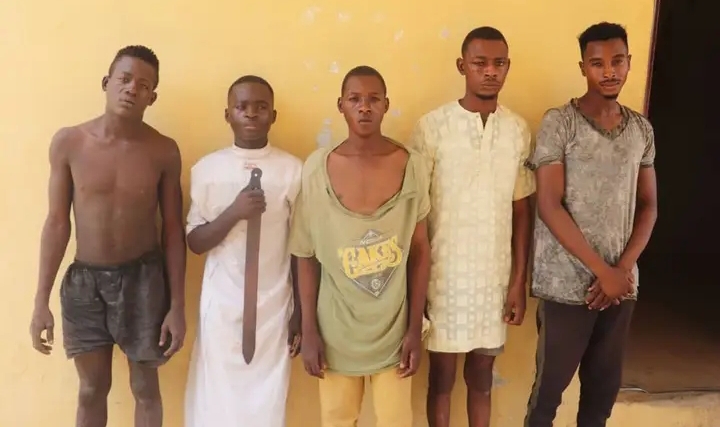 The development was confirmed in a statement released by the spokesperson of the command, DSP Wasiu A. Abiodun.

“Upon receipt of the information, Department of operations, Area Commander metro and other patrol teams in the metro were mobilized to the scene and two suspects were apprehended while others took to their heels. However, the corpse was taken to general hospital Minna for autopsy and later released to the family for burial.

Consequently, on 04/06/2022 at about 1020hrs, distress call was received of a suspected reprisal attack that some youths were engaging in a similar fight around stadium junction; along Bosso road causing panic and blockage of the road.

Police tactical teams immediately moved to the area and three other suspects were arrested including a notorious gang leader from Angwan-Daji by name Isah Aliyu aged 23yrs (a.k.a Gaye, Obasanjo) who stabbed the said Muktar dead.

Meanwhile, adequate deployment of tactical teams has been strategically put in place around the identified areas where these menace occur within the metropolis to forestall reoccurrence.

The Commissioner of Police, Niger State Command CP Monday Bala Kuryas, fsi urges members of the public not to panic and go about their lawful businesses as the Police shall continue the flushing of notorious gangsters and their fleeing members.