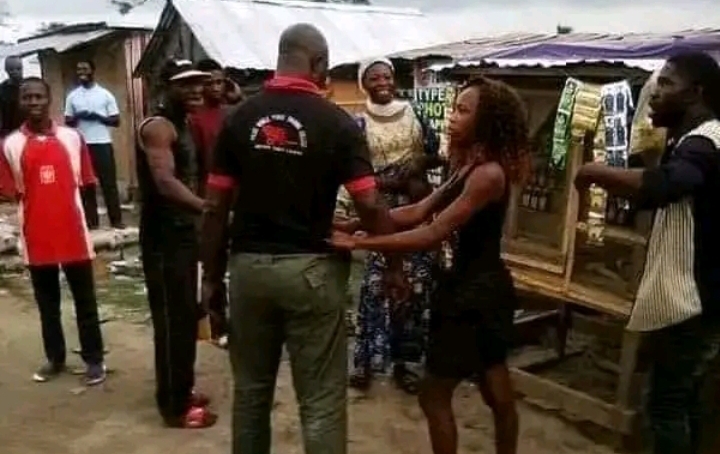 A Nigerian mobile police officer entered into a serious misunderstanding with a young lady after he failed to go according to agreement with her.

It was gathered that the young lady dragged the Mopol officer after he refused to pay her the money mearnt for her services.

Although the lady said she’s not a prostitute, adding that she just needed the Money to fix her spoilt phone hence she agreed to sleep with the Man for 7k.

The Mobile police man instead of fulfilling his promise decided to give her only 2k from the 7k agreement.