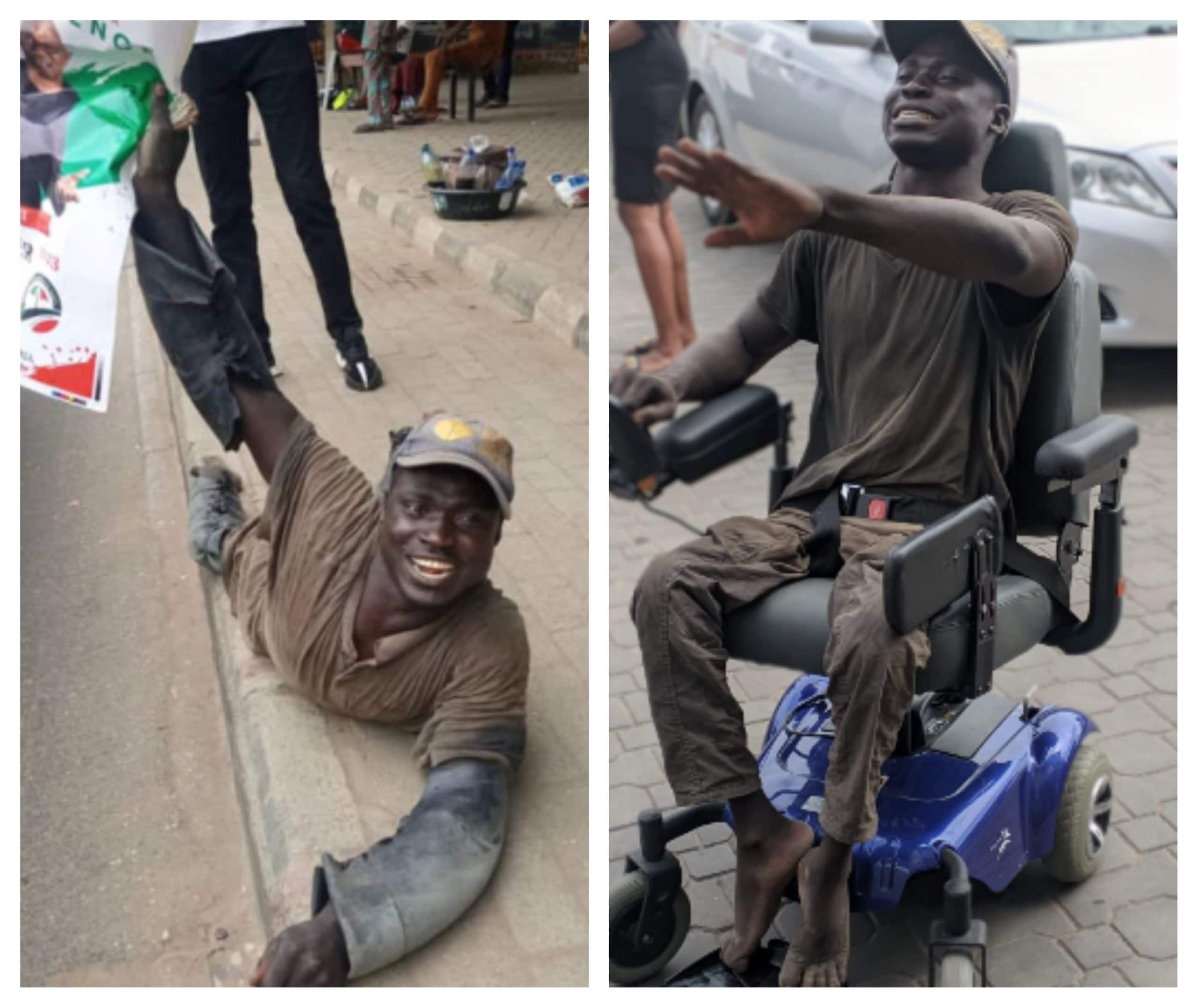 The life of a Nigeria man living with a disability has experienced an incredible change few weeks after he publicly joined the Peter Obi support train.

It  reports that the photo of a man living with disability went viral after he held the campaign banner while lying flat on the floor during the 1 million march held nationwide in May 2022.

The man living with disability had declared his support for the former Governor of Anambra state, when he was still an aspirant under the Peoples Democratic Party, (PDP).

Recall that Peter Obi dumped the Peoples Democratic Party and joined the Labour Party where he emerged as their presidential candidate for the 2023 general elections.

Well-meaning Nigerians on sighting his passion for a better Nigeria had promised to buy him a wheelchair.

Apparantly, the young Nigerians kept to their promise after rallying round for the disabled man.

He has finally received an automatic wheelchair and a photo of him using it to enable his mobility is circulating online.

See before and after photo below; Alot of people have commended the youths who helped the man with better mobility.

Some of the reactions below;

perfectionpalace wrote; ‘Nigerians can change Nigeria for the better TOGETHER’

jane_dominic1 wrote; ‘The youth will change thus country we help’

hrm_sleeky wrote; ‘This is beautiful, God bless the provider’