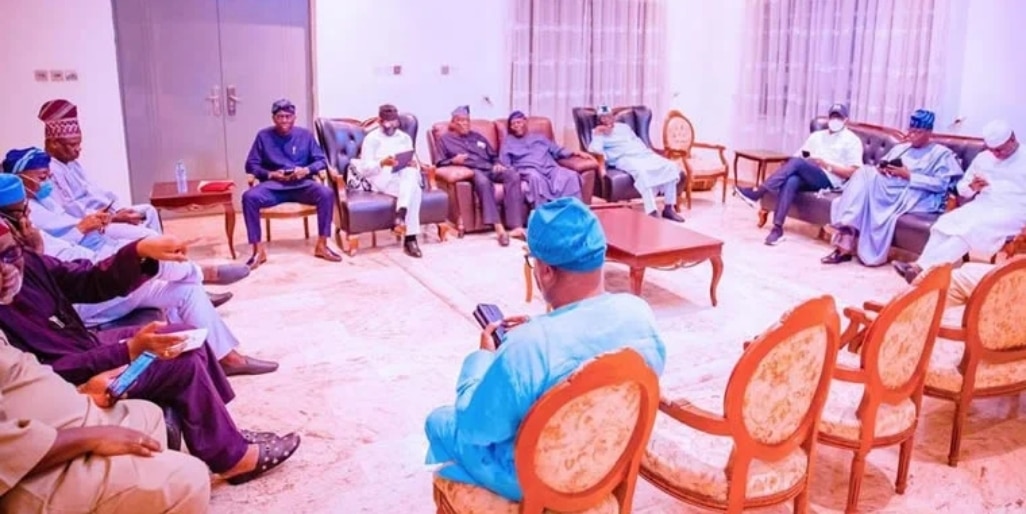 Hours after President Muhammadu Buhari met with the presidential aspirants of the ruling All Progressives Congress, APC, seven aspirants from the Southwest met in Abuja.

The meeting which kicked off on Saturday night continued till Sunday morning as stakeholders from the region battled for a consensus candidate.

Details of the meeting are still sketchy at the time of this report but a source said that it would be difficult for the Vice President, Yemi Osinbajo and the leader of the party, Bola Tinubu to step down.

It  recalls that President Buhari had during the meeting on Saturday, urged the 23 aspirants to consult, discuss within themselves and come up with a candidate before the primary election slated for Monday.

Recall also that Northern governors elected on the platform of the ruling party have also zoned the 2023 presidency to the South, urging President Buhari to endorse an aspirant from the South.