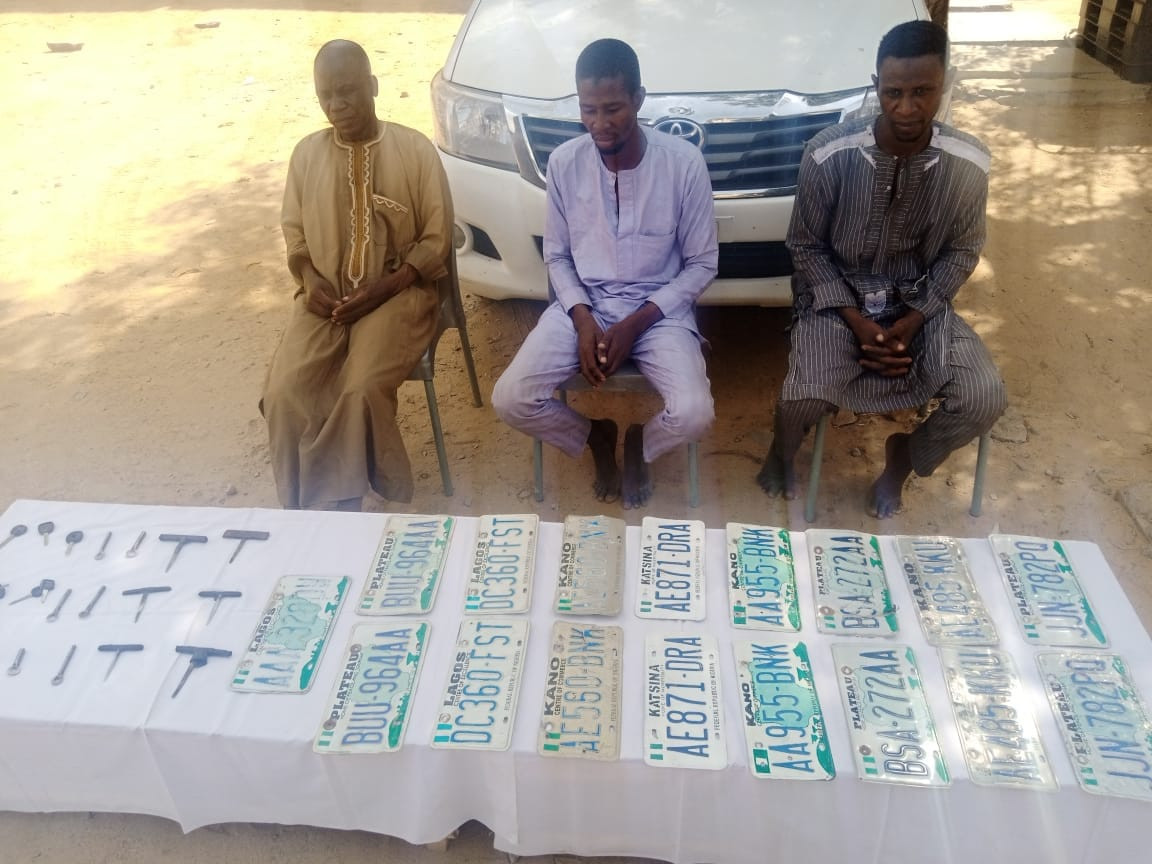 Operatives of the Kano State Police Command has arrested a notorious car thief and recovered a stolen Hilux vehicle from him.

Spokesperson of the command, SP Abdullahi Haruna Kiyawa, in a statement on Saturday, June 4, said operatives also arrested a 55-year-old man who specialized in manufacturing and selling vehicles and tricycles master keys to criminals.

“On the 31/05/2022 at about 0400hrs, a team of Operation Puff Adder led by SP Rabi’u Ahmed while on routine patrol along BUK Road Kano intercepted one Ibrahim Usman, ‘m’, 34 years old, of Zaria LGA, Kaduna State in possession of a white Toyota Hilux Motor Vehicle,” the statement read.

“On preliminary investigation, the suspect confessed to having stolen the said Toyota Hilux Motor Vehicle at Madobi Road, Kumbotso LGA Kano State. The suspect belongs to a notorious syndicate that specialized in Car Theft by removing Motor Vehicles from where parked

“He was previously arrested for the same offense and charged to court. Further investigation led to the arrest of one Hamisu Ibrahim, ‘m’, 55 years old of, Sharada Quarters Kano. The suspect specialized in manufacturing and selling Motor Vehicles and Tricycles master keys to criminals. Twenty Nine (29) keys were found in his possession.

“Anyone whose Motor Vehicle was stolen and discovers his Motor Vehicle plate number above should report at the Public Relations Department, Bompai Police Command Headquarters Kano or contact 08105359575.

“The Commissioner of Police, Kano State Command, CP Sama’ila Shu’aibu Dikko, fsi ordered for discreet investigation after which the suspect(s) will be charged to court for prosecution.”