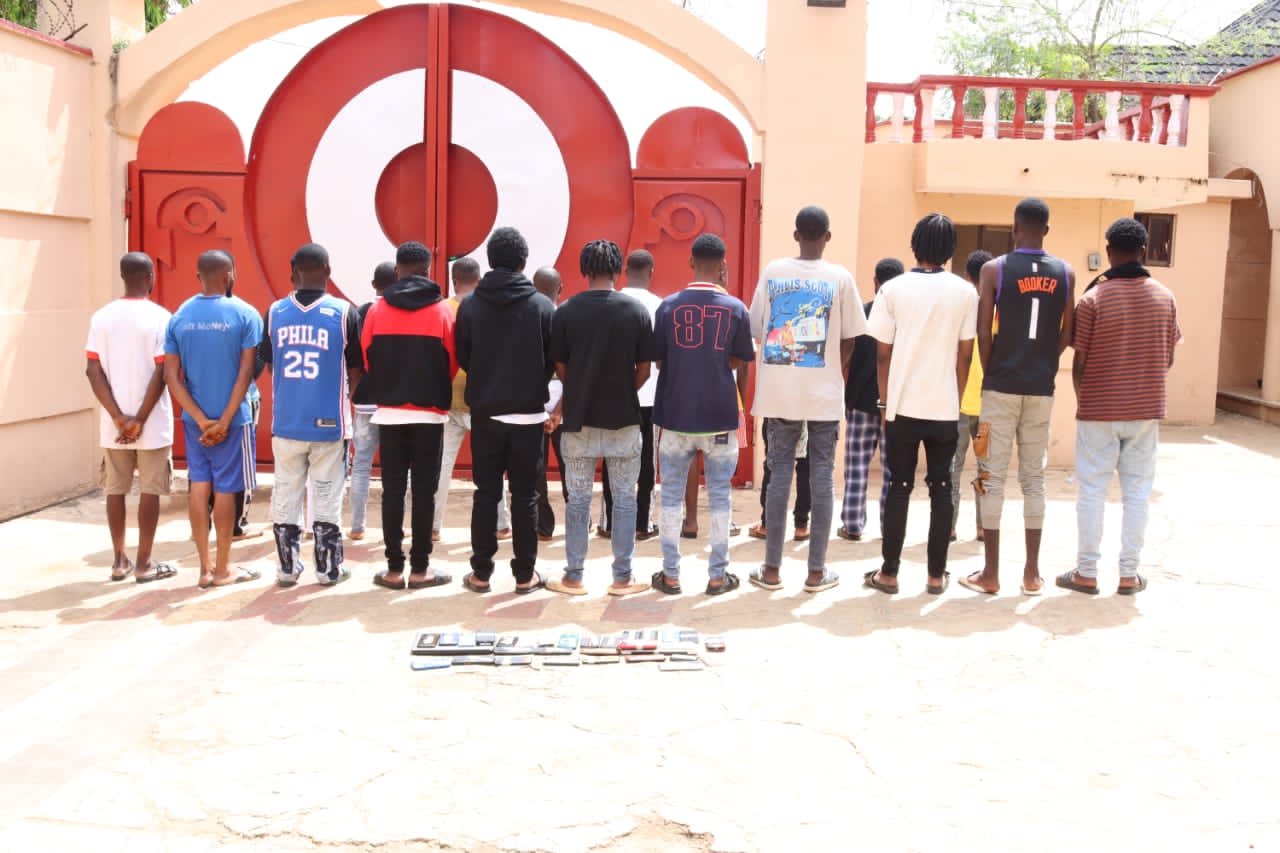 Nineteen suspected ‘Yahoo-boys’, including a serving National Youth Service Corps (NYSC) member, were arrested at the weekend by the operatives of the Economic and Financial Crimes Commission, EFCC, Ilorin Zonal Command, in a sting operation in Lokoja, Kogi State capital.

They were smoked out of their hideouts by the eagle-eyed operatives of the anti-graft agency following credible intelligence on the fraudulent activities of the fraudsters in the state capital and its environs.

Items recovered from the suspects at the point of arrest included a Lexus car, huge sums of money suspected to be proceeds of illegal activities, different brands of phones, laptops and other incriminating materials.

The suspects will be charged to court upon the conclusion of the ongoing investigations.