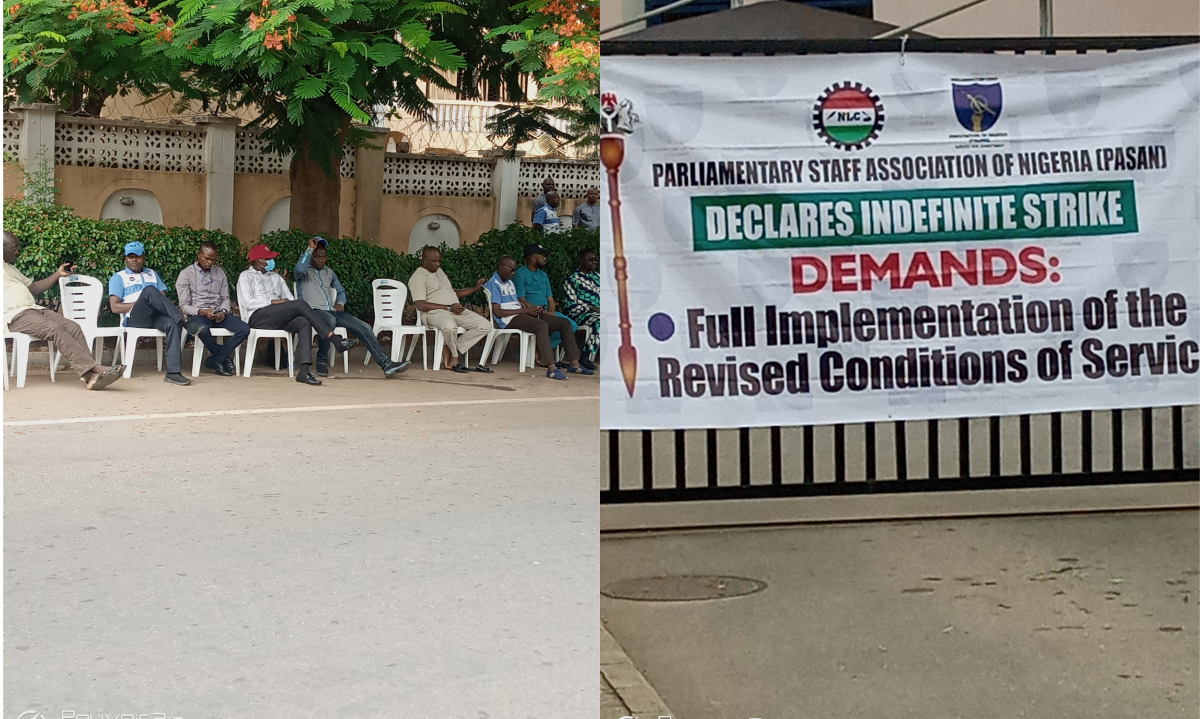 Parliamentary Staff Association of Nigeria (PASAN) has embarked on an indefinite strike, demanding full implementation of their revised condition of service.

It  recalls that PASAN had in May 2020 written to the Senate President, Ahmed Lawan, and the Speaker of the House of Representatives, Femi Gbajabiamila, appealing to them to wade into a brewing crisis occasioned by an alleged plot to stop the implementation of the revised condition of service for members.

However, a member of PASAN EXCO who said on condition of anonymity, said the lawmakers are yet to implement the service condition.

He said members of the group have decided to shut down activities of the National Assembly until their needs are met.

He said, “The two chapters, National Assembly Commission and the National Assembly chapter have unanimously agreed that we will are going on an indefinite strike because we have a Memorandum of Understanding, MoU that was signed but the management has refused to implement the agreement.

“There was an act on consequential adjustment on minimum wage, the Federal Government has released fund for that but till date, the National Assembly Service is being owed the arrears of that minimum wage”.

The National Assembly Commission office in Utako, the facility was under lock and key as officials were sighted wandering within the area.