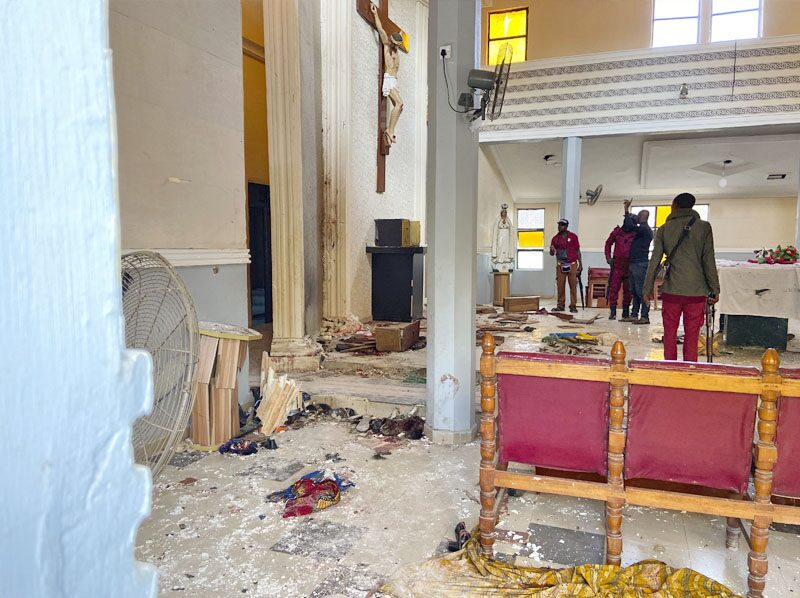 Amaechi, in a statement by his media office on Sunday in Abuja, commiserated with the affected families, the church, the people of the Owo community and the Government of Ondo State.

He described the incident as an absolutely vile and senseless murder of innocent citizens, adding that the security agencies should smoke out the monsters responsible for the barbaric act and punish them.

Ameachi said, “I feel so sad that these criminals are so emboldened to carry out these barbaric attacks on the people in broad daylight.

“Our security agencies have to put heads together and smoke out these monsters and ensure they are punished, immobilised and totally flushed out.

“I pray for the families, the church, the people and the Government of Ondo state to find strength in the midst of the sorrow and pain.”

Recall that the church was attacked on Sunday by yet to be identified gunmen, leading to the killing of scores of worshippers.

Meanwhile, Governor Babajide Sanwo-Olu of Lagos State sympathised with his Ondo State counterpart, Rotimi Akeredolu and the people of the State over the killing of the worshippers.

The Governor, in a statement signed by Gboyega Akosile, his Chief Press Secretary, on Sunday evening, described the attack as inhuman, callous and despicable.

“On behalf of the government and people of Lagos State, I commiserate with Governor Oluwarotimi Akeredolu, Ondo State Government and the entire people of the State over the tragic loss caused by the attack and killings of worshippers by the evil men this morning.

“It’s a barbaric, callous and despicable crime for any man to attack and kill worshippers or any fellow man in a manner the yet-to-be-identified gunmen carried out the heinous crime in the Catholic Church this morning,” Sanwo-Olu said.