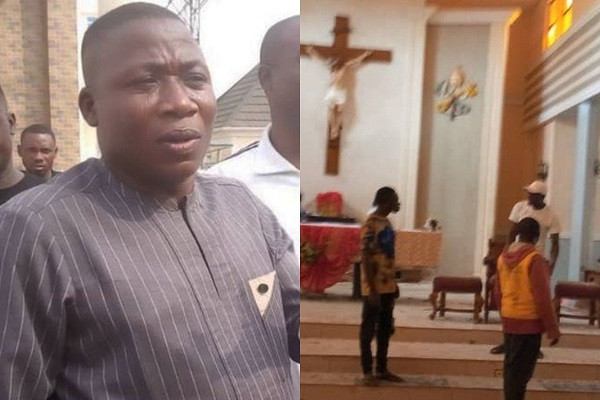 Recall that scores were left dead on Sunday after gunmen attacked the church.

The gunmen were said to have thrown an improvised explosive device into the congregation before shooting at them.

Reacting in a viral audio clip, The Nation reports that Igboho said he had been vindicated.

He called on South-West leaders to support him and other courageous Yoruba sons and daughters to guard against the wicked acts.

“My fathers and mothers, can you see that I have been vindicated? I was not in a battle with any Governor or Senator. But what I envisaged, you didn’t see it. Now, can you all see?

“Many were saying I wanted to create a crisis and foment trouble, but can you all see it now? Well, the situation can still be redeemed. I want Yoruba people to be united before it is too late.

“If I offend anyone, I ask for pardon, please,” he said.