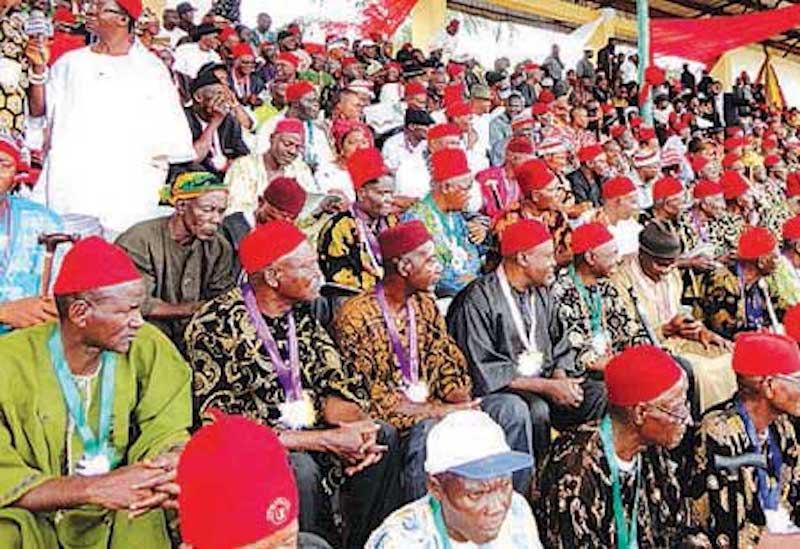 The Coalition of South East Youth Leaders, COSEYL, has condemned the attack on St. Francis Catholic Church, Owo, Ondo State, which left over 40 persons dead and many seriously injured.

Recall that gunmen suspected to be herdsmen attacked the church on Sunday, killed several worshipers while scores were left injured.

Reacting, a statement issued by the President-General of the coalition, Goodluck Ibem, alleged that the suspected Fulani herdsmen who carried out the attack have declared war on the South.

The statement reads, “The attack by these Fulani terrorists is not an attack against Ondo State alone, but a direct attack against Christians and the entire Southern region.

“We are very aware that why the blood thirsty Fulani terrorists choose Ondo State to launch such wicked and barbaric attack, is because of the governor’s stance against injustice, absolute adherence to the rule of law and implementation of the anti open grazing law.

“This attack confirms to all that there is a plot to fulanize and Islamize the country and those behind the plot are determined to push through their evil plot to kill all Southerners in a bid to forcefully take over their ancestral lands.

“We demand for an immediate manhunt of those criminals and no stone should be left unturned until they are arrested and brought to justice.

“We demand for an immediate emergency meeting of all Southern governors to put in place modalities on how to protect the Southern region.”