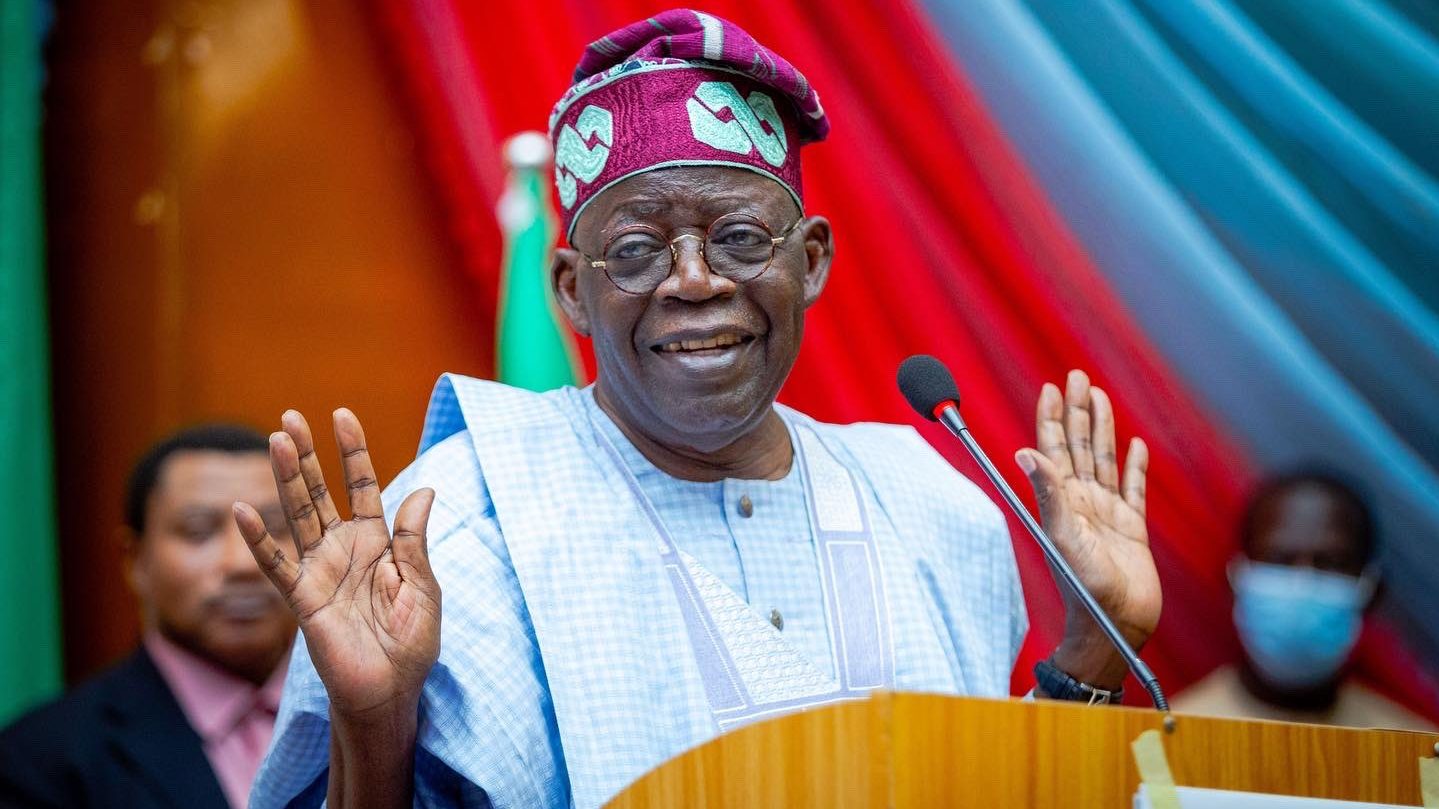 Former Lagos State governor Bola Ahmed Tinubu has won the presidential ticket of the All Progressives Congress (APC) for the 2023 general election.

Tinubu won the ticket at the APC presidential primary election at Eagles Square, Abuja on Wednesday.

Amaechi was the closest to Tinubu with 316 votes. Osinbajo, who many thought would give Tinubu a tough run, came third with 235 votes while Lawan polled 152 votes.

“I have the expertise,” Tinubu said in his speech before the voting started.

“My record of corporate leadership, my financial expertise and my experience as an executive governor make me unique omong the spirants, giving me the requisite skills to accelerate progressive reforms that will change the face of the national economy.”

President Muhammadu while addressing party delegates on Tuesday night appealed to them to vote for an aspirant that will help the APC retain power after the 2023 presidential election.

“Our choice of flag bearer must be formidable,” Buhari said while appealing to elect a candidate that commands the ability “to unify the country and capacity to address our critical challenges.”

Tinubu, who paid glowing tribute to President Buhari on his effort to reposition the country in the last seven years, stressed that he had the wherewithal to administer the country effectively.

“Though our tribe and tongue may differ, we must build a united country, premised on equity, fairness and justice. True reform and progress lie not in copying others but in identifying our own opportunities,” Tinubu said.

“To lead Nigerians is a sacred trust, which I do not take lightly or seek selfishly. By giving me the party’s mandate, I hereby make my solemn vow to make Nigeria the best home for its citizens.”