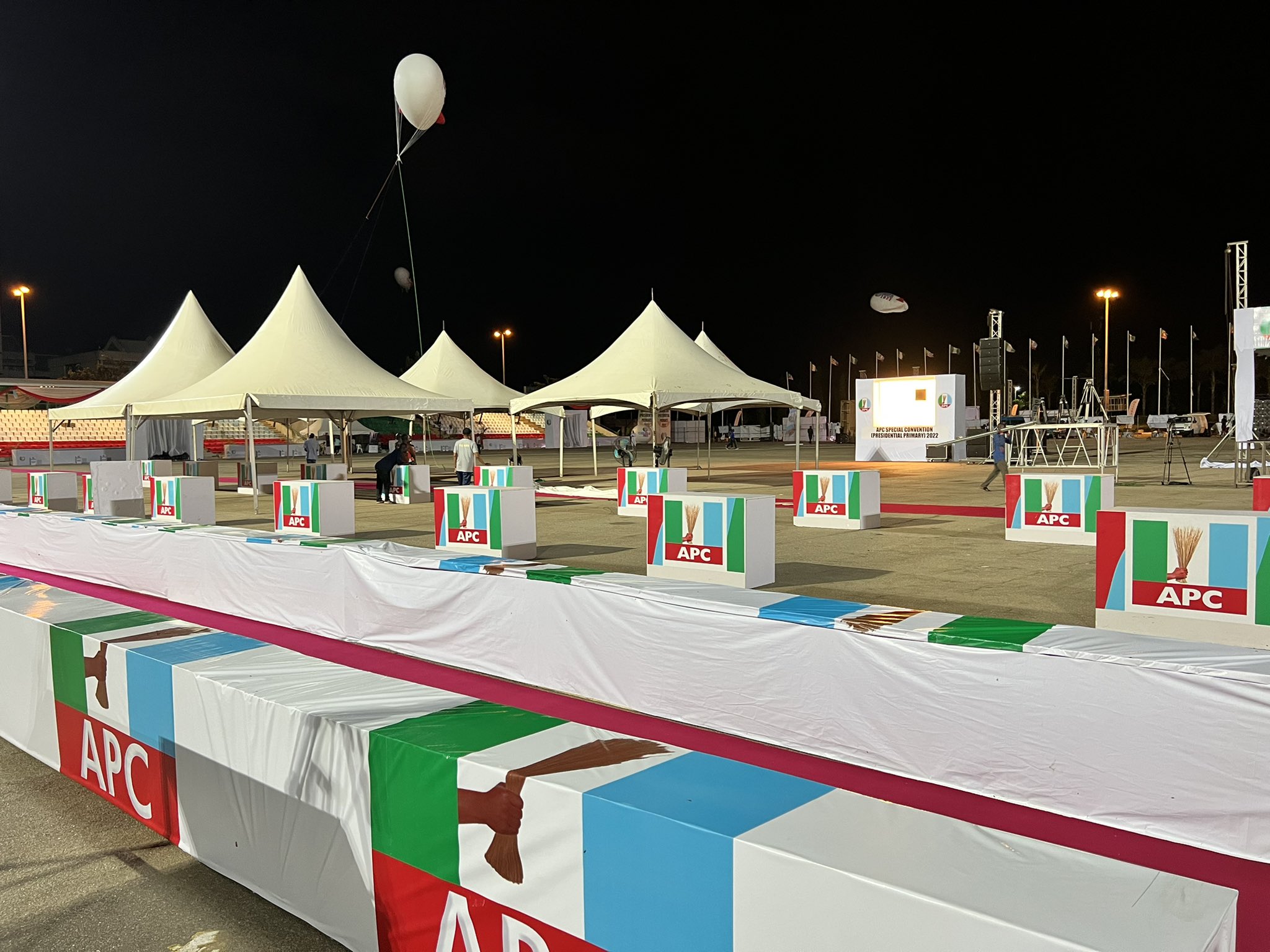 Voting has been concluded at the ruling All Progressives Congress (APC) presidential primary in Abuja.

It was learned that the election began at around 2 am on Wednesday and ended by 7.45 am amid tight security and the watch of aspirants’ agents.

The event slated to commence at 3.30 pm on Tuesday, started four hours late at 7.30pm.

Over 2,000 delegates from across the states and the FCT voted for their preferred aspirants.

Seven aspirants, who picked the party’s tickets for N100 million each, stepped down for a former Lagos State governor, Bola Ahmed Tinubu.

Forty-year-old aspirant, Felix Nicholas, said to be the youngest in the race, stepped down for Osinbajo.

The voting was paused over issues related to delegate list for about 30 minutes, during which the former Minister of Transportation, Rotimi Amaechi, was seen engaging in a heated argument with some agents.

President Muhammadu Buhari left Eagle Square, venue of the convention, at about 1.20am on Wednesday before the commencement of voting.

Before his departure, Buhari told the party members to remain united and avoid acrimony.