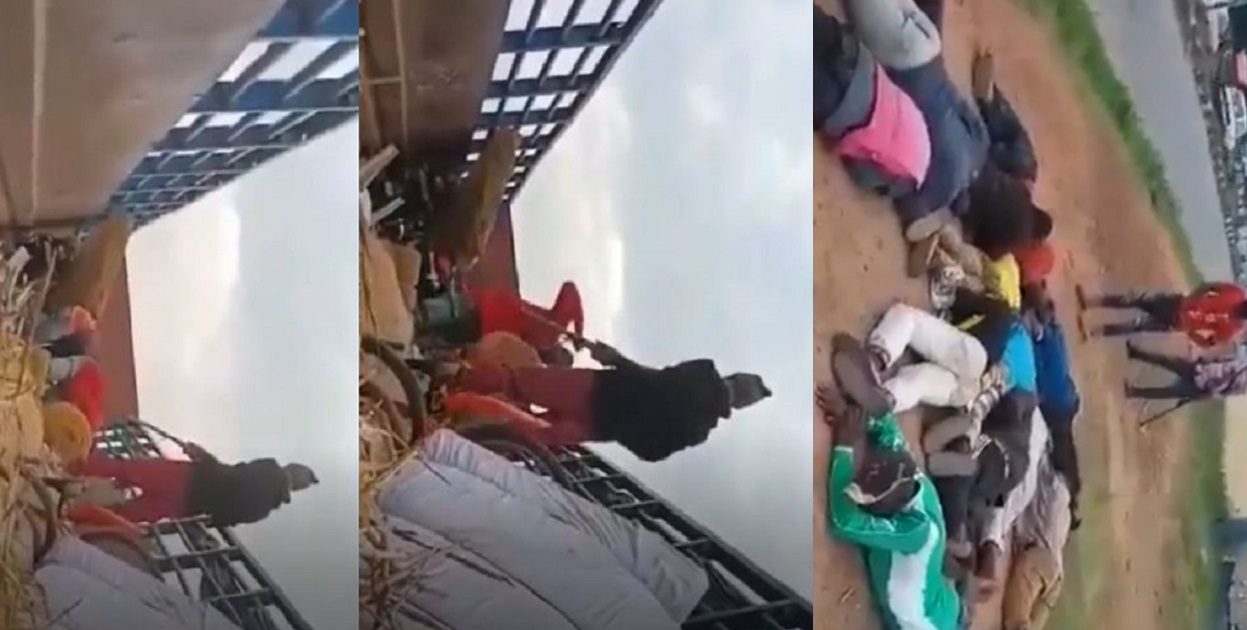 Some suspects were arrested after ammunition was found hidden under grass sheets in two trucks in Ikere Ekiti, Ekiti state.

It was gathered that the suspects were intercepted by Amotekun operatives while transporting the arms to an unknown location.

A video sighted, shows how operatives were searching a truck filled with grass sheets, only to find arms and ammunition hidden under the sheets.

The suspects transporting the arms were spotted lying facedown in the middle of the road after they were apprehended by Amotekun.