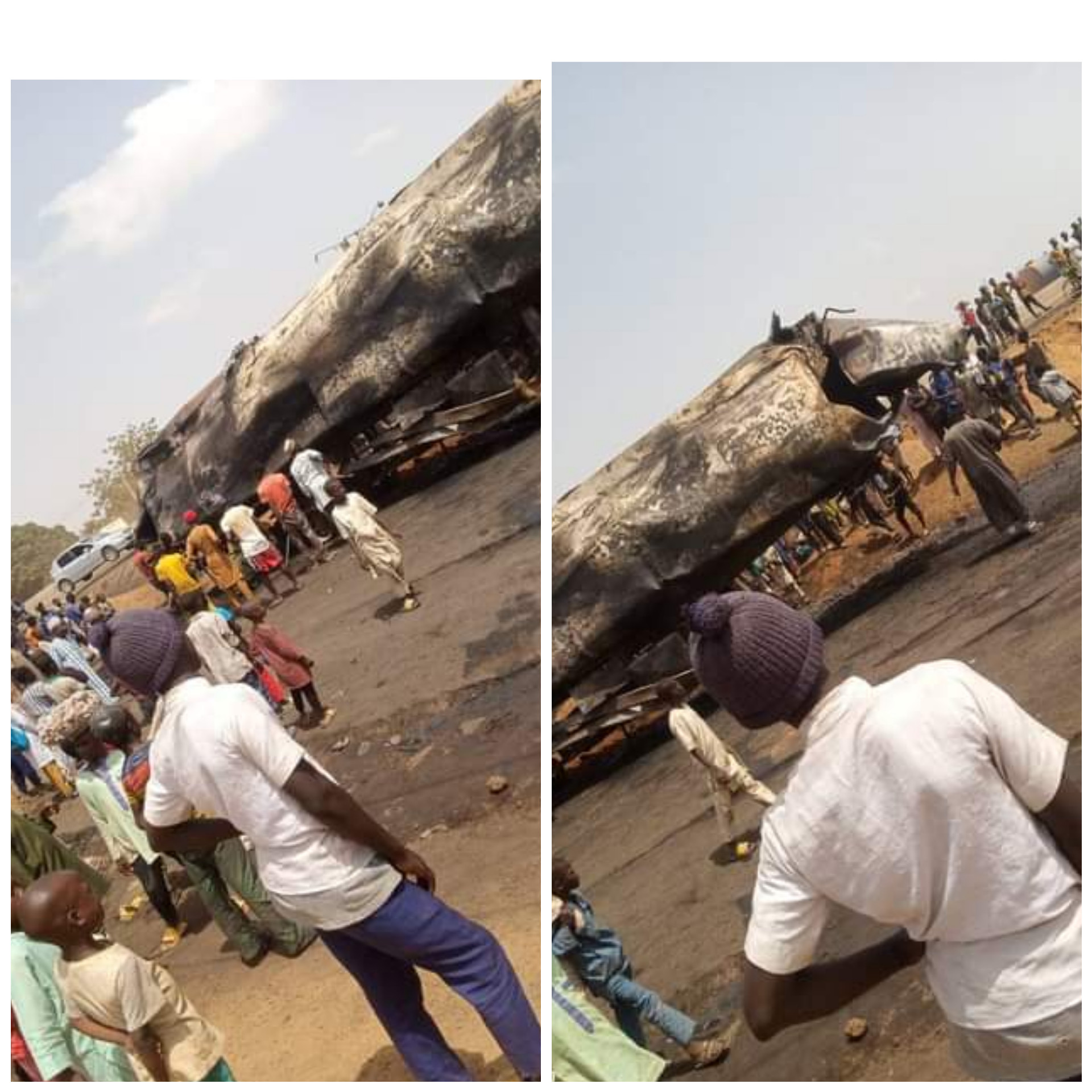 A driver and conductor were killed when a petrol tanker crashed and exploded in Zaria, Kaduna State.

The accident occurred at about 6:30am on Thursday, June 9, at Dan Magaji Flyover along Kaduna-Kano Expressway while the tanker driver was trying to manoeuvre his way to avoid head on collusion with a bus.

Alhaji Maiwada Zaria, Deputy Chairman, Independent Petroleum Marketers Association of Nigeria, Kaduna State Chapter, who confirmed the accident, said the driver and his conductor were yet to be identified but their remains had been deposited at a mortuary.

He said the petrol tanker with plate number (Jigawa) RNG 065 XA was conveying 45,000 liters of petrol from Lagos to Kano but due to the ongoing road construction on the road, one lane was closed to traffic. The tanker driver was avoiding a bus driver who made a dangerous overtaking.

“In the process of avoiding the bus driver, he was forced to the shoulders of the road and the weight of the petrol forced the tanker to crashed,” Maiwada explained.

“In the process, the driver, his conductor died and one person is critically injured, who are all yet to be identified.”

Meanwhile, a combined team of military, FRSC, Fire Service and other security agencies are working to evacuate the burnt petrol tanker and maintain free traffic flow in the area.