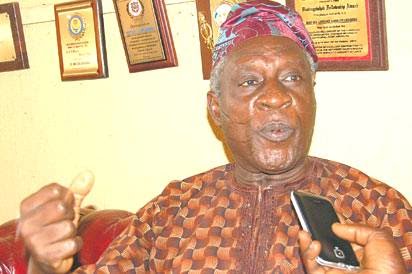 A retired Archbishop of the Methodist Church of Nigeria, Ayo Ladigbolu, has said he is interested in succeeding the late Oba Lamidi Adeyemi as the Alaafin of Oyo.

The stool became vacant following the death of 83-year-old Oba Adeyemi on April 22.

Ladigbolu, who is also 83-years-old confirmed his interest in becoming a monarch in a brief interview with PUNCH on Friday.

He said, “Yes, my name is on the list but I can’t talk about that now.”

Ladigbolu had earlier said in an interview that it was the turn of the Agunloye Ruling House to produce the next Alaafin.

He, however, declined to answer whether he or his children were interested in ascending the throne.

He said, “I am from Agunloye Ruling Family and I belong to the Ladigbolu extraction of that larger Agunloye family. It is our turn and our right by law at this time but we are all looking up to God.

“But we are mourning at the moment. So even if anybody is interested in ascending the throne they will have to take it easy and wait until the mourning process is over before displaying their interest. There are procedures for that.”

About 50 candidates are already jostling to for the throne from all the ruling families.

Meanwhile, the Oyo State Governor, Seyi Makinde, had last week told the people of Oyo town at the final funeral ceremony of the late king that his successor would be selected using the Alaarin Chieftaincy Declaration.

The governor said, “Let me also use this opportunity to let our people in Oyo know that the process to select a new Alaafin will not go beyond the Alaafin of Oyo Chieftaincy Declaration.

“I have seen people who came to me and said that the first Alaafin gave birth to about 13 children and that only two out of them were recognised and this is an opportunity to bring in the others, and I asked them if it is in the declaration. But they said it is inside a declaration that was not signed.

“I told them a new Alaafin will be selected only through the declaration that was signed.”