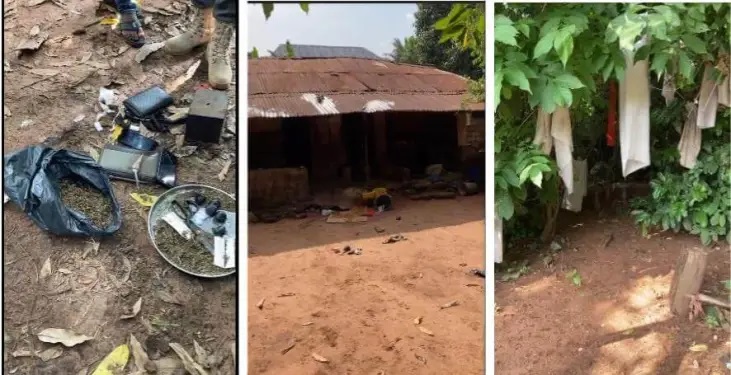 Nigerian soldiers have destroyed a hideout used by kidnappers in Anambra state.

Some of the suspects were also arrested in the process.

In the operation that lasted for several hours, the authorities stormed the kidnappers den on credible information. On getting to the location, the kidnappers opened fire but the soldiers overpowered them.

Some of kidnappers were shot dead while others escaped through an alternate exit at the back.

Security operatives added that the destroyed den was also used by unknown gunmen to carry out nefarous activities in the state.