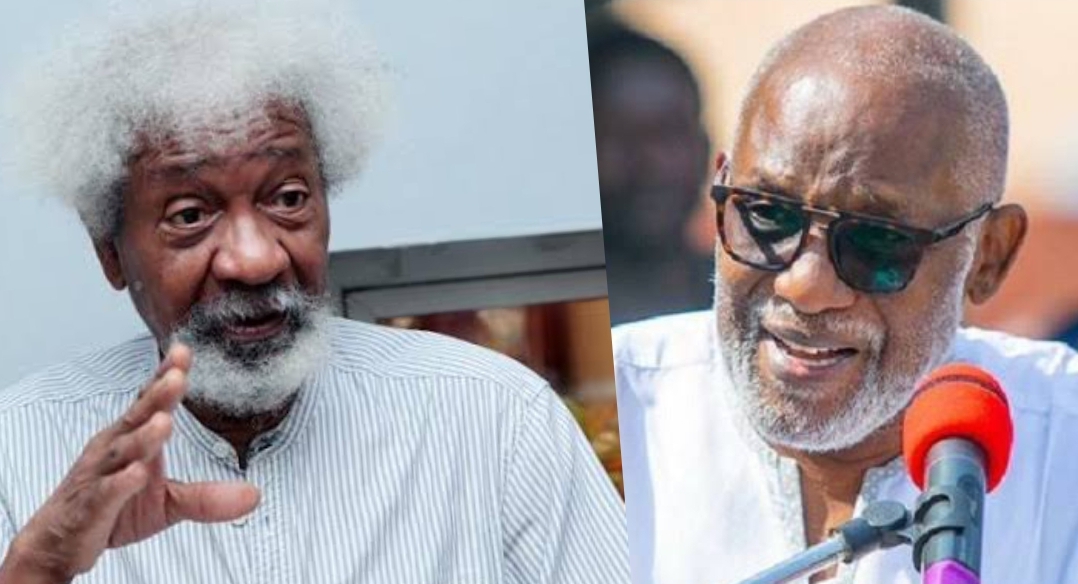 The June 5 massacre of worshippers at the St Francis Catholic Church in Owo, Ondo State was a “message” to the Yoruba people, says Nobel Laureate Wole Soyinka.

Mr Soyinka made the assertion when he paid a condolence visit to Governor Oluwarotimi Akeredolu on Friday.

Yet unidentified gunmen besieged the Catholic Church on Sunday, opening live rounds on congregants who were about rounding off their mass. No fewer than 40 persons have been reported dead from the deadly attack while many are receiving treatment in various hospitals in the state.

“It was not an accident and it passed a message to the rest of us,” Mr Soyinka stated. “That is why I’m here. I want the governor to know that we have received the message.”

Speaking further, the Nobel laureate said the attackers chose to pass the message through the Info governor due to his fervency in advocating liberation of his people from killer herdsmen.

“He (governor) was targeted and there is no question about that,” he noted “We understand it and we came to sympathise with him that he was selected as a medium of that message.”

Mr Akeredolu, the chairman of the South-West Governors’ Forum, has been the leading light in pushing for reforms in the interests of the South. Alongside his colleagues, he has been vociferous in advocating for power shift to the South in 2023; abolition of open grazing curb menace of kidnapping and farmers-herders clashes, among others.

The Ondo governor thanked Mr Soyinka for the visit, saying that the state would remain hugely indebted to him.

“It is a cause that he has dedicated his life to and I thank God for his life. The state wants to appreciate you for finding the time to come at this hour of grief.

“This is like a dagger drawn at our heart and it is an assault on the psyche of those of us in the South-West.

“I believe they think they can create some fears in us but they made a mistake as the attack will make us more fierce in our condemnation of their actions,” Mr Akeredolu noted.