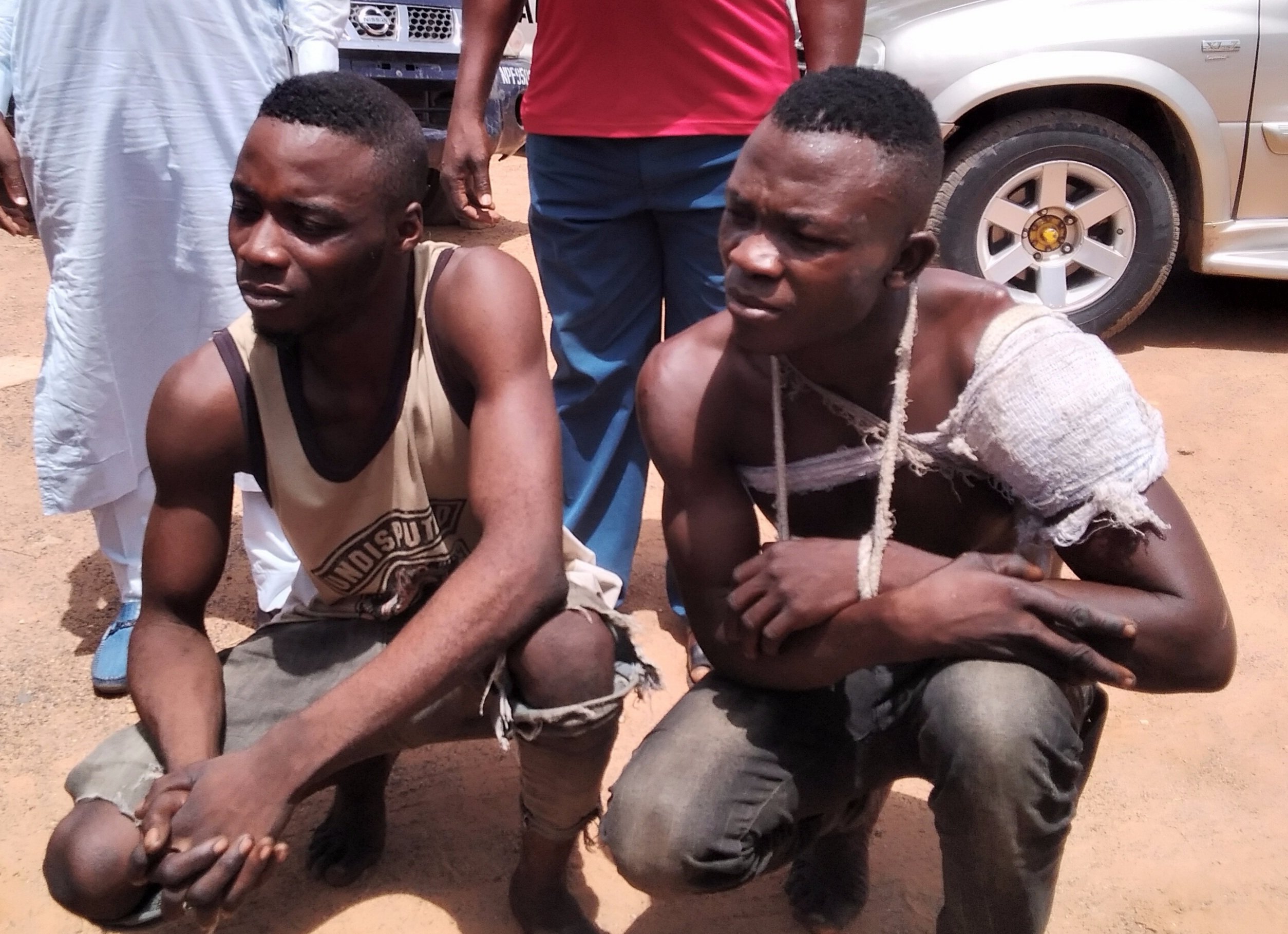 Two hunters in Adamawa State have confessed to killing a woman and her son for alleged witchcraft.

The two armed local hunters, Hassan Solomon, 26; and Uleri Shaba, 28; popular in the state for being community guards than animal hunters, admitted to killing the pair over alleged witchcraft.

The suspects are residents in Madagali Local Government Area, where the deceased also lived.

The suspects told newsmen in Yola that the deceased, Uzarai Musa; and Kladang Musa of Bitikaya, were witches terrorising the inhabitants of their community.

The hunters, now being held at the Adamawa State Police Command headquarters in Yola, alleged that the duo had killed two of their relations and were responsible for other mysterious deaths in their community.

It was gathered at the weekend that the late Uzarai was shot in the stomach by the hunters, while her son was shot in the neck at their residence in the afternoon of last Sunday, June 5.

The suspects said they chose to rid the community of “the evil people” by killing them.

Speaking on the issue, the Officer in Charge (OC) of the Adamawa Police Command Police Crack Squad, CSP Ahmed Gombi, said the two suspects were being investigated.

He said they would be prosecuted if found liable because the police would not encourage jungle justice for any reason.