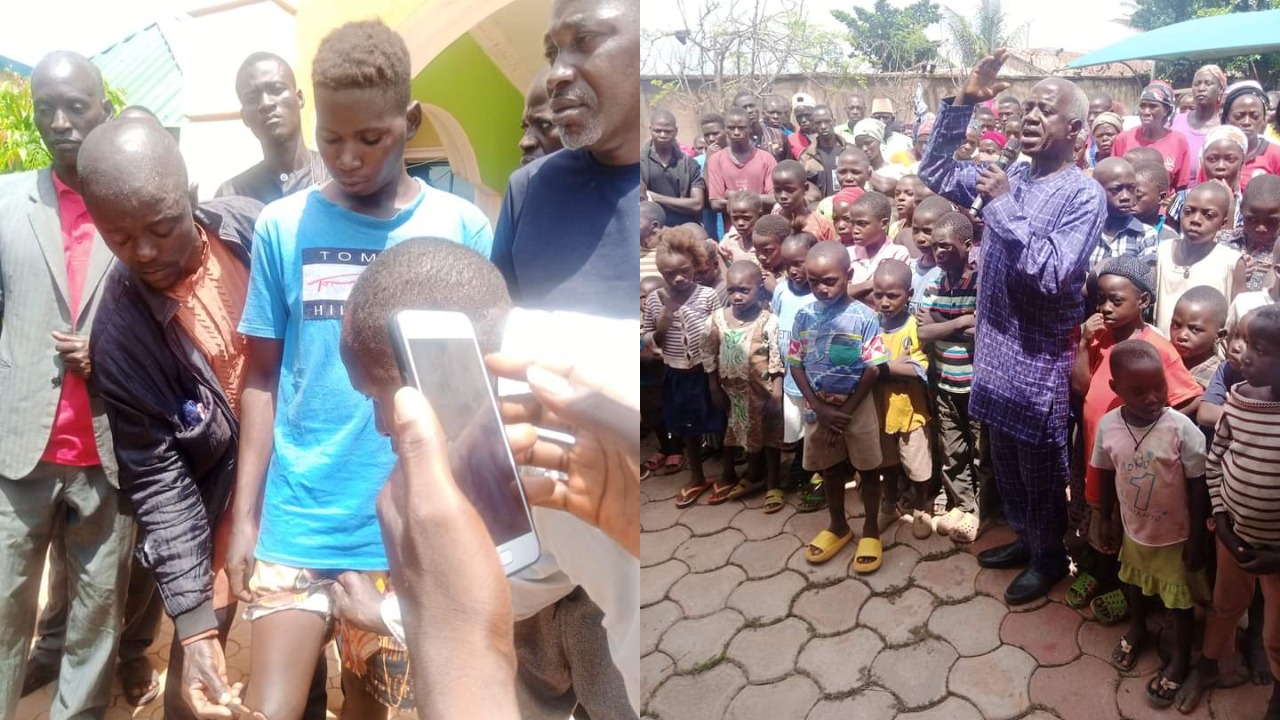 Victims of the attack on Adara communities in the Kajuru Local Government Area of Kaduna State have recounted their experience after some of them were relocated to an Internally Displaced Persons camp and other safe communities.

It  recalls the attack on three communities in Kajuru killed 35 natives and many others sustained injuries.

However, after the attack, accusations and counter-accusations arose with natives alleging that the terrorists were aided by their criminal counterparts using a helicopter. The state government has since dismissed the claim, saying the helicopter was used by the Nigerian Air Force to dispel the bandits.

Survivors of the attack, in an interview , when they came for a Save-Our-Soul (SOS) visit to the President of Southern Kaduna Peoples Union (SOKAPU), Hon. Asake at the National Secretariat, expressed shock over the state government’s denial of the terrorists using a helicopter.

The villagers, who were led by Rev. Denis Sani, of 1st ECWA Church, Maikori during a visit to SOKAPU president, said they came to SOKAPU to seek assistance for their starving communities and to brief the President of SOKAPU on the tragedy that befell their communities.

“It was around 12 noon while we were in church that we started getting information that armed Fulani herdsmen were attacking Dangoma and some nearby villages,” said Rev. Sani before television cameras.

“We then called out for reinforcement and all the youths came out and we laid ambush waiting for them. We evacuated our women, children, and old ones into hiding. In no time we saw them.

“They were in large numbers on scores of motorcycles each carrying three turban herdsmen who all had AK-47 rifles.”

According to Rev Sani, when the herdsman were getting close to them, they fired their den guns at the invaders.

“Upon hearing our gunshots. The leaders of the armed herdsmen raised his left hand and came to an abrupt halt. The rest also stopped,” he said.

He said that they dismounted from the bikes and started responding but since they were already under cover they had an upper hand and that the killer herdsmen started retreating.

“From nowhere we saw a helicopter coming over towards Maikori, and we were happy that help had come,” he said.

He said that they were shocked to discover that the helicopter, which he said was white painted, started firing in their direction, even when the motorcycles of the assailants, their positions and mode of dressing, marked them out clearly.

“I saw my people running for dear lives and some were falling. I also ran. It was not possible to face the armed Fulani and the bullets from the helicopter, so we ran for our lives,” he said.

He narrated further that upon escaping, the herdsmen entered Maikori and started burning homes.

“As they were burning houses, the helicopter was hovering over the village to defend them from our returning.

“They took three good hours burning every structure in Maikori, except three or four houses that do not have any valuables.

“My church, 1st ECWA Church Maikori, was burnt to ashes. My house and everything I ever worked for went with the flames. I only came out with what I am now wearing.

“As of now, I cannot tell you exactly how many people were killed from that attack, because we are still picking corpses in the bushes. But 32 persons have been killed and buried. Other villages that were attacked earlier that day by the same killers are Sabon Gida, Unguwan Sarki and Dogon Noma,” he said.

According to him, the ECWA church in Dogon Noma was also burnt with some other houses.

“The Helicopter did not hide its intention that it came to kill us and to help the armed Fulani to achieve what they wanted to do.

“We are therefore here to beg for any form of assistance, especially food and clothing. And we want you to help us inform the world what has happened to us,” he said as he produced a bullet he claimed came from the gunshot from the helicopter.

Johna Chris, the 52-year-old youth leader of the Maikori village, was also on the team that visited the SOKAPU president. He also confirmed what Rev Sani said.

“When we started shooting at the bandits with our den guns, they seemed to be taken by surprise that there was some form of resistance. Even when they were firing back at us, we noticed that they were going backward. We were ready to defend our village with the last drop of our blood and we had the upper hand against those devils.

“Then this white painted helicopter came from the sky. Instead of attacking the criminals, it is us that it started shooting at.

“The bullets were coming from the bottom of the helicopter straight at us. At first, I thought it was a mistake, but it circled back, saw the position of the enemy, left them alone and started raining bullets at us and into our village. When I saw people running and falling, I also ran into the bush,” he said.

The President of Adara Development Association (ADA), Mr Dio Maisamari, who is also the 1st Vice President of SOKAPU said that it was clear that both the Federal Government and Kaduna State Government had abandoned Adara and other besieged Southern Kaduna communities to their fate.

Rifkatu James, a 20-year-old student of Government Day Secondary School, Jabi, Abuja, was at home in Maikori village for a brief visit when she was caught in the attack.

She narrated her experience:

“We finished church service in a hurry because people were saying that Fulani were on their way to come and attack us in Maikori.

“We took the children, our mothers, and old people into the bush to go and hide. Our men started to shoot at the Fulani who were coming on hundreds of motorcycles to attack us. And they also started shooting our people,” she said.

“I think we were winning because the Fulani were trying to run away. Then I saw a helicopter coming from behind us. It then started shooting our men. I saw them running, some were falling down. I also ran very fast into the bush with others. The Fulani chased us and came into Maikori.”