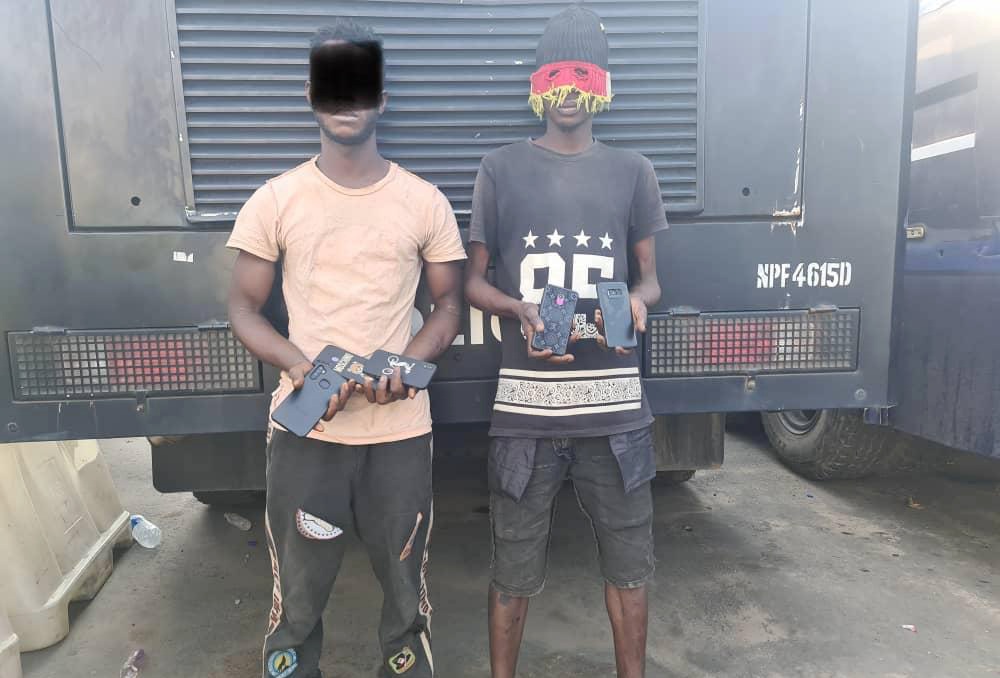 They are notorious for dispossessing motorists of their belongings around Abiola Garden and Ketu/Ojota Road.

The spokesman said the suspects are Kareem Ahmed (26) and Afo Emma (24).

They were found with 5 stolen android phones, a jack knife, a cutlass, a mask and weed suspected to be Indian hemp.

The duo are assisting the police in an ongoing investigation aimed at arresting other criminal elements in the axis.

Hundeyin said the arrest followed repeated complaints from motorists on the activities of criminals.

Commissioner of Police, Abiodun Alabi has directed that efforts be sustained in all identified black spots to arrest and prosecute all miscreants in accordance with the law.