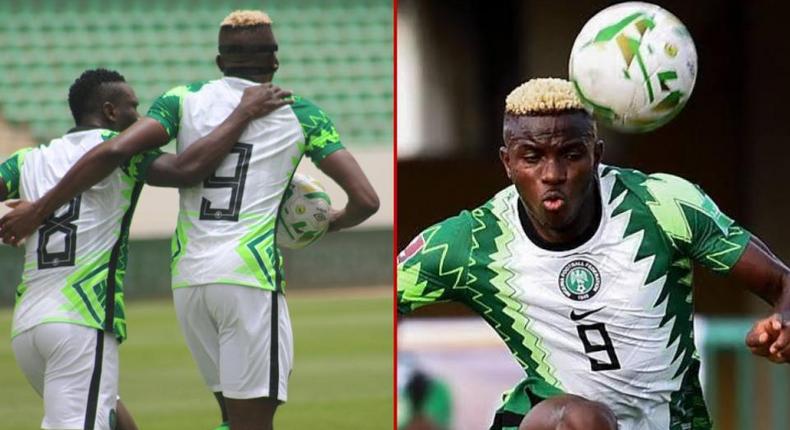 The Super Eagles of Nigeria beat Sao Tome and Principe 10-0 to set a new record for their biggest winning margin ever.

Nigeria got off to a flying start with Victor Osimhen profiting from a well-timed cross by Moses Simon to make it 1-0. Ten minutes later, Osimhen returned the favour by turning provider for Simon to put Nigeria two goals up.

Terem Moffi grabbed the first of his two goals, making good use of a through ball by Osimhen to put the Super Eagles 3-0 up going into the half-time break. It didn’t take long after the restart for Nigeria to score again.

Oghenekaro Etebo put the game to rest with a well taken free kick, but even at 4-0, they still wanted more and Osimhen duly provided it for his second of the game.

Moffi was next in line for Nigeria’s sixth and his second of the game. Ademola Lookman got in on the act with a goal of his own. Osimhen grabbed his hattrick to make it 8-0. He was on target again to make it 9-0.

Substitute Emmanuel Dennis made it ten from the spot, picking himself up after he was fouled in the box to earn Nigeria their biggest win ever in international football.