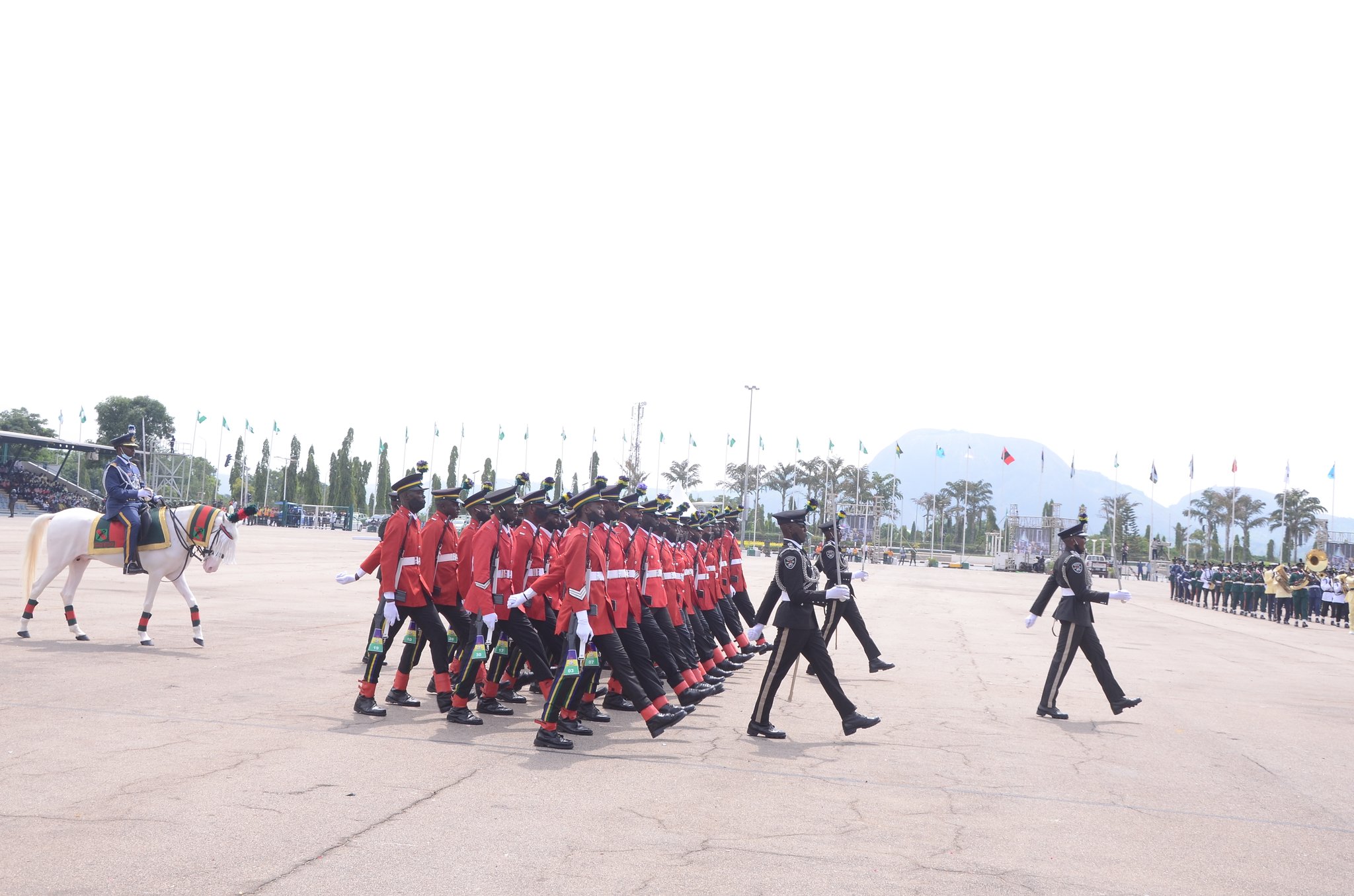 They were said to have passed out from exhaustion after standing in one spot for hours in the scorching sun.

Some security and medical personnel rushed to the parade ground with stretchers, whisking the collapsed colleagues to the medical shed on the left side of the State Box, where President Muhammadu Buhari was seated, causing some confusion.
However, there were no casualties because they were successfully treated and quickly recovered consciousness.

The Army, Navy, Air Force, and Police all performed at the ceremony. A combat display by the Nigerian Army Female Corps was followed by traditional dance performances from various ethnic groups.

The President, who was the Special Guest of Honour, inspected the guards and was followed by a slow and fast military/police march past.

Before the parade advanced in review order, there was a combined silent drill display by the Armed Forces and Police, as well as a playlet performance.

Former President Goodluck Jonathan, the Secretary to the Government of the Federation, National Assembly Presiding Officers, Service Chiefs, Diplomatic Corps Members, Youth Corps Members, and Babagana Kingibe, a former Cabinet Member under President Yar’Adua, were among those in attendance.

Kingibe, who was M.K.O. Abiola’s running mate in the 1993 presidential election, was introduced as a former Vice President and invited to join President Buhari, Jonathan, Senate President Ahmad Lawan, Speaker of the House of Representatives Femi Gbajabiamila, Chief Justice of the Federation Ibrahim Tanko, and the All Progressives Congress national chairman Abdullahi Adamu in a group photograph.