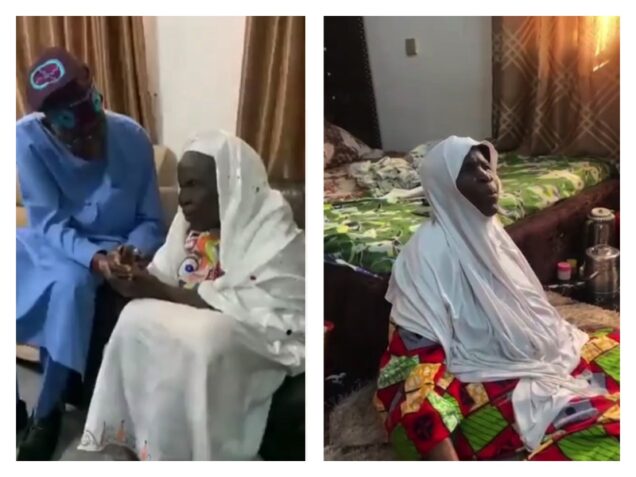 Tinubu visited her in Abuja on Sunday, along with some of his political associates.

In one of the viral videos, Tinubu is seen praying for the old woman in return.

Alhaja Alanamu, from Ilorin, capital of Kwara State said she wanted Tinubu’s success because he is not a nation’s destroyer, but a builder. She said Tinubu would bring some relief to Nigerians when elected next year.