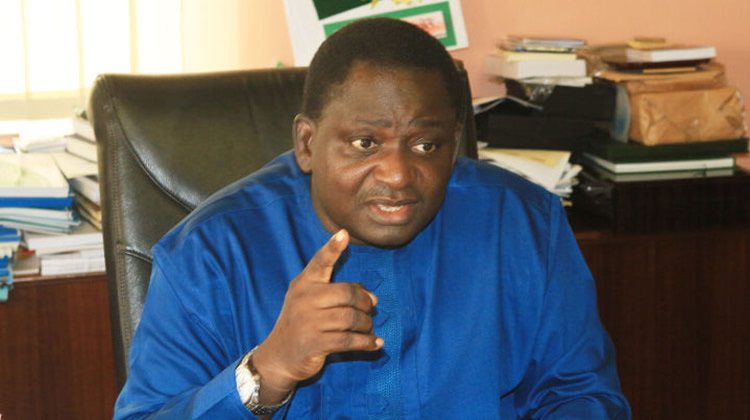 Adesina said Oyedepo doesn’t understand the difference between the Accountant General and the Auditor General of the Federation.

Femi Adesina, the Special Adviser on Media and Publicity to President Buhari on Tuesday stated that the General overseer of Living Faith Church, Bishop David Oyedepo, is blinded by hatred for his principal.

Recall that Oyedepo had described Buhari’s government as the most wicked and corrupt in the history of Nigeria.

Speaking during a church programme, Special Prayer for The Nation on Monday, Oyedepo had lamented the level of hardship imposed on Nigerians through corruption.

According to Oyedepo, the Federal Government claimed to be fighting corruption, but the officials are also corrupt.

He said the N80 billion allegedly stolen by the Accountant General of the Federation, Ahmed Idris would be enough to meet the demands of the Academic Staff Union of Universities, ASUU, which led to the shutting down of schools since April 14.

Reacting, Adesina said Oyedepo doesn’t understand the difference between the Accountant General and the Auditor General of the Federation.

In a tweet, Adesina wrote: “The bishop at Ota can’t even get his facts right. Blinded by hatred for PMB, he says Auditor General stole N80bn.

“Pity! He doesn’t know the difference between Accountant General (only alleged) and Auditor General. Like OBJ said long ago, we should begin to ordain our own bishops.”