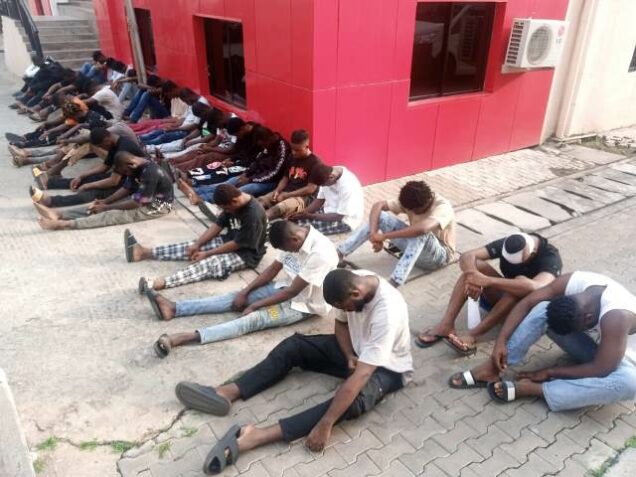 The suspects were arrested on Tuesday, June 14, 2022, in Lugbe and Kubwa suburbs of Abuja.

30 persons suspected to be internet fraudsters aka yahoo boys have been arrested in Abuja.

According to the Abuja Zonal Command of the Economic and Financial Crimes Commission, EFCC, the suspects were arrested on Tuesday, June 14, 2022, in Lugbe and Kubwa suburbs of Abuja, following credible intelligence on their alleged internet fraud activities.

Items recovered from them include Mercedes Benz, Lexus and Toyota cars, mobile phones and laptop computers.

They will be charged to court as soon as the investigation is concluded.