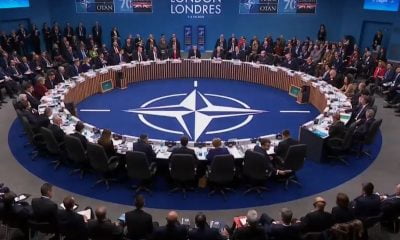 The North Atlantic Treaty Organization (NATO) has said it will be sending forces and prepositioned equipment to the eastern flank.

And this will be the first time the organisation would be taking such action since the Cold War.

The alliance’s Secretary-General Jens Stoltenberg disclosed this on Wednesday, according to CNN.

According to him, this would provide a quick response by NATO in case of a threat.

He said at a Brussels news conference before a NATO Defense Ministers’ meeting.

“That’s exactly what we are working on with Germany but we expect all the allies to make similar offers, to enable preassigned forces that are training and are responsible for the defense of specific territories,” Stoltenberg said.