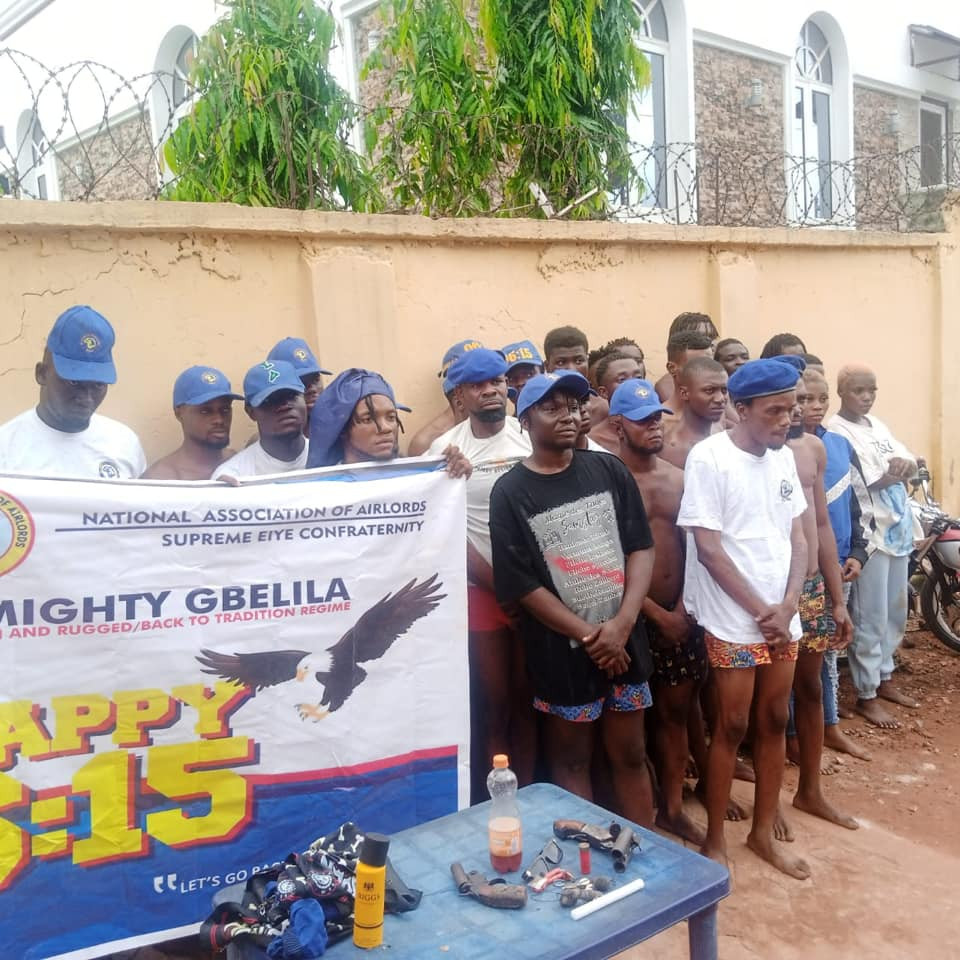 Spokesperson of the command, DSP Bright Edafe, in a statement on Thursday, June 16, said the suspected cultists were arrested during their anniversary celebration in a hotel.

“On 15/6/2022, the Command received a tip off, that some suspected Eiye Confraternity Cult group will be marking their anniversary in Ogwashi-Uku,” the statement read.

“The Command swiftly acted on this information and located where and when the ceremony will be held. CP Ari Muhammed Ali detailed the Command’s Buffalo Patrol team, operatives from Area Command Ogwashi-Uku and Ogwashi-Uku Division, stormed the venue at Big Apple Hotel in Ogwashi-Uku,”

“The suspects on sighting the police took to their heels, while some of them shot at the Police. They were given a hot chase by the team and fifty-one (51) suspected cultists were arrested, two cut to size locally made guns, one expended cartridge, Eiye Confraternity regalia were recovered,”

The PPRO added that the suspects have been transferred to the Command Anti-Cult unit (SACU) for investigation, and those found wanting upon completion of investigation will be charged to court.