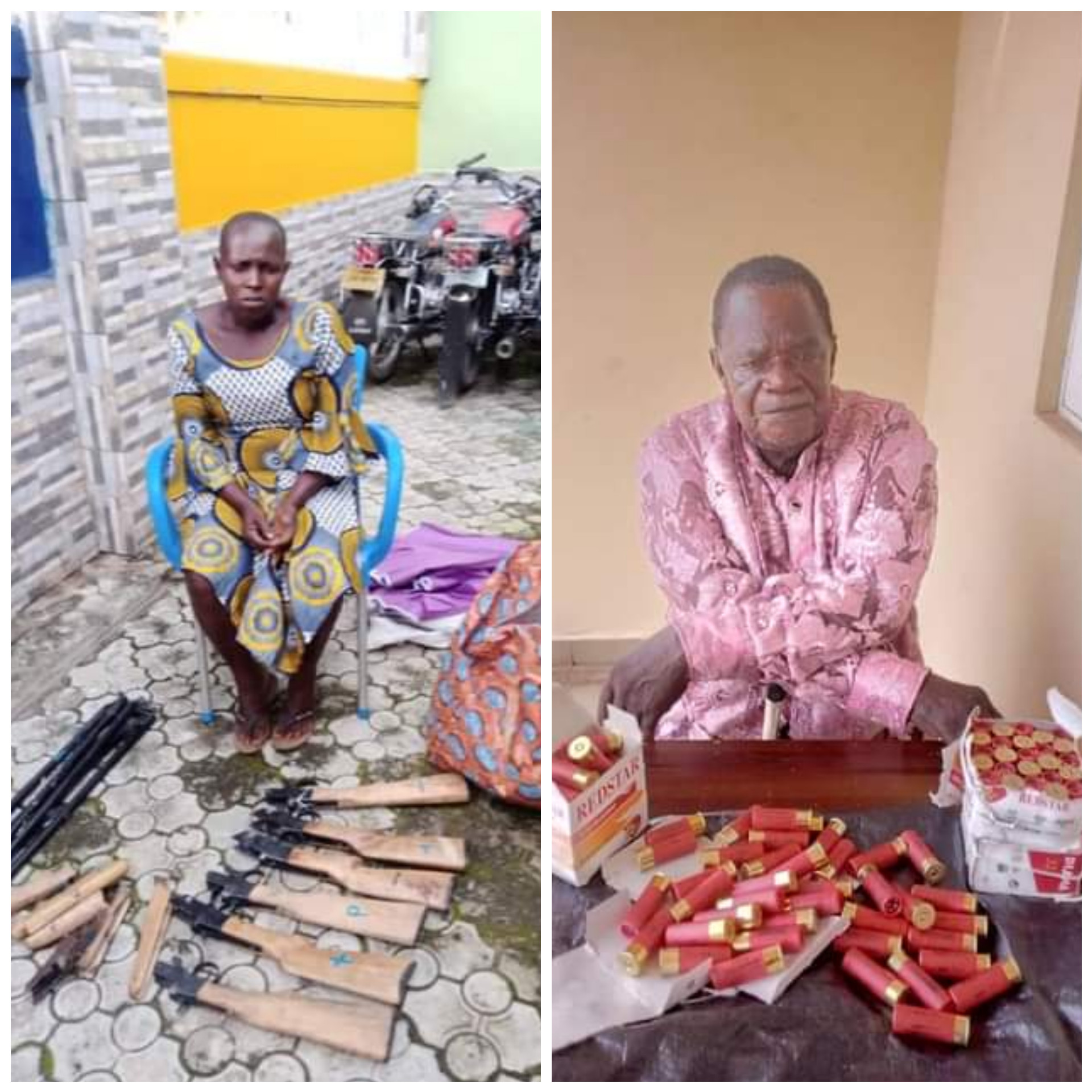 Spokesperson of the command, DSP Bright Edafe, who made this known in a statement on Thursday, June 16, said the 80-year-old suspect, said Omoraka James was arrested in Kokori for allegedly selling cartridges to criminals.

“The suspect’s premises was raided by the Command Raider’s Unit on the strength of an information received that he deals in Cartridges, sells to hoodlums which they use in carrying out various nefarious activities. One hundred and fourteen (114) rounds of live cartridges were recovered from him,” the statement read.

Similarly, Eagle net special squad while on stop and search duty along Sapele-Benin Express way, intercepted a Toyota Hiace Bus with reg no OLG 13 EFR and subjected the passengers to a search.

During the search, six locally made double barrel guns concealed in an umbrella belonging to one Mrs. Victoria Itila were recovered. The suspect was arrested and investigation is ongoing.