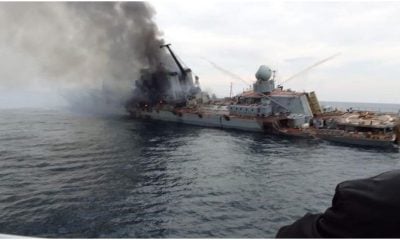 The Ukrainian military on Friday said it has sunk a Russian tugboat in the Black Sea.

The tugboat was said to be on its way to resupply occupying forces on the strategically important Snake Island.

The Navy claimed that the tug had a “TOR” anti-aircraft missile system on board.

According to the website Marine Traffic, the boat left Sevastapol, in Crimea, Tuesday night.