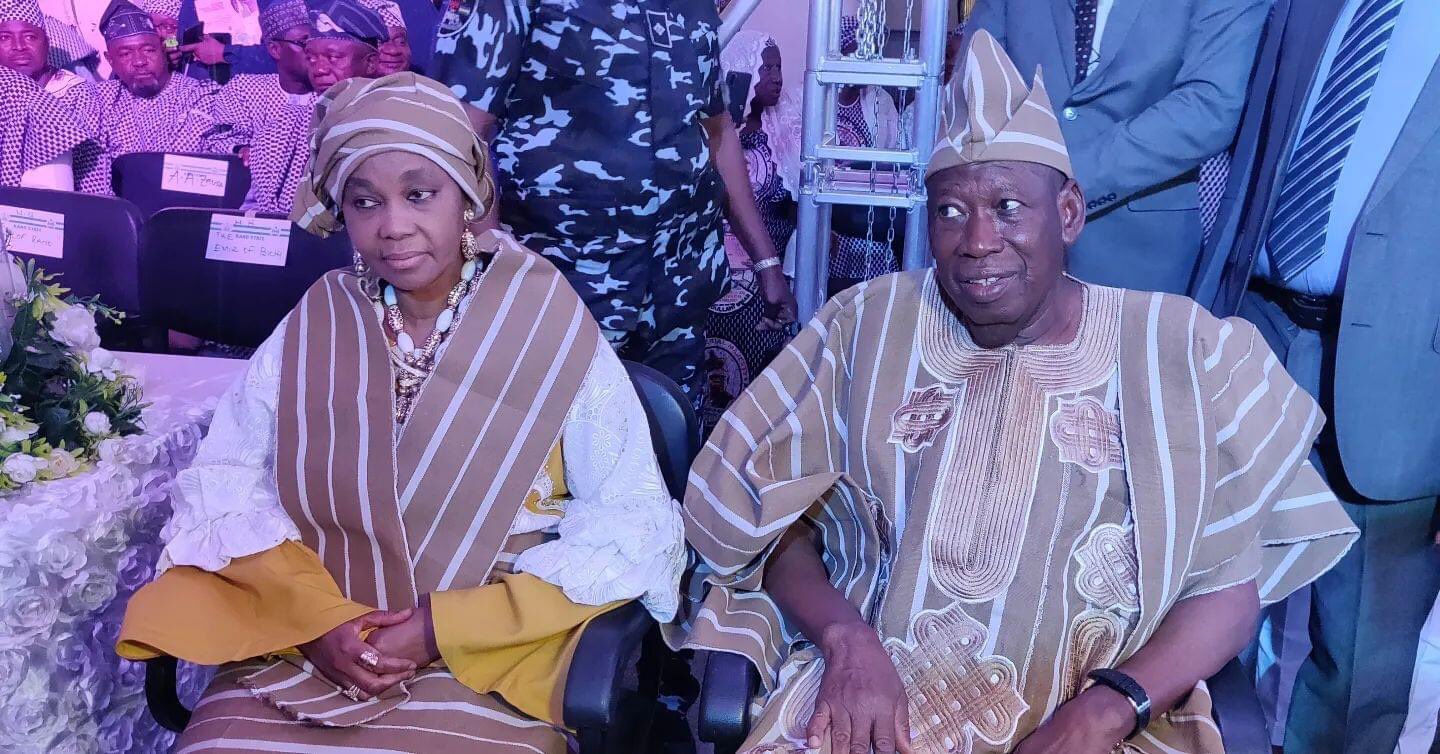 The events which was attended by notable dignitaries including presidential candidate of the All Progressives (APC), in the forthcoming 2023 general elections, Senator Bola Ahmed Tinubu, Emir of Kano, Aminu Ado Bayero, the Oba Yoruba of Kano, Muritala Alimi Otisese, the APC governorship candidate in Oyo State, Senator Teslim Folarin, former national chairman of the Nigeria Union of Journalists (NUJ), Mr Garba Mohammed and High Chiefs of Olubadan in council.

Speaking after his installation, Ganduje said the decision of Oba Balogun to honour him was a vital ingredient in promoting national integrity, religious harmony and cohesion.

He stated: “the Olubadan has made history today in terms of national integrity, which is a critical issue that is disturbing us as a nation. This is an issue raised by our incoming president and leader, Senator Bola Ahmed Tinubu. You will know that in the future regarding the policy implementation of our administration.”

“I do not enough words and vocabulary to express my gratitude. The relationship between Ibadan and Kano cannot be told in a short moment. The Oba Yoruba in Kano introduced me to Olubadan. During our interaction, the monarch recalled his intimacy with the first civilian governor of Kano State, Alhaji Abubakar Rimi.

“Former governor of Oyo State, late Senator Abiola Ajimobi was my very close friend and that was what led to the marriage of my daughter to his son, Idris. We are very grateful for this honour accorded us by the Olubadan of Ibadanland.

According to him, “As in tradition, a marriage alliance between the South West and North West is being represented here. You have witnessed a historic day in this historic hall. To witness this is to give traditional prayers for peace, unity and peace in our country. I thank the Olubadan for promoting peace and harmony, including tolerance of cultural values.”

In an address read on his behalf by Senator Kola Balogun, the Olubadan of Ibadan, Oba Olalekan Balogun, the senator representing Oyo South Senatorial District in the National Assembly, said that “this conferment would further cement the handshake across the Niger, as well as promote much sought after unity that has become fragile over the years in the country.”