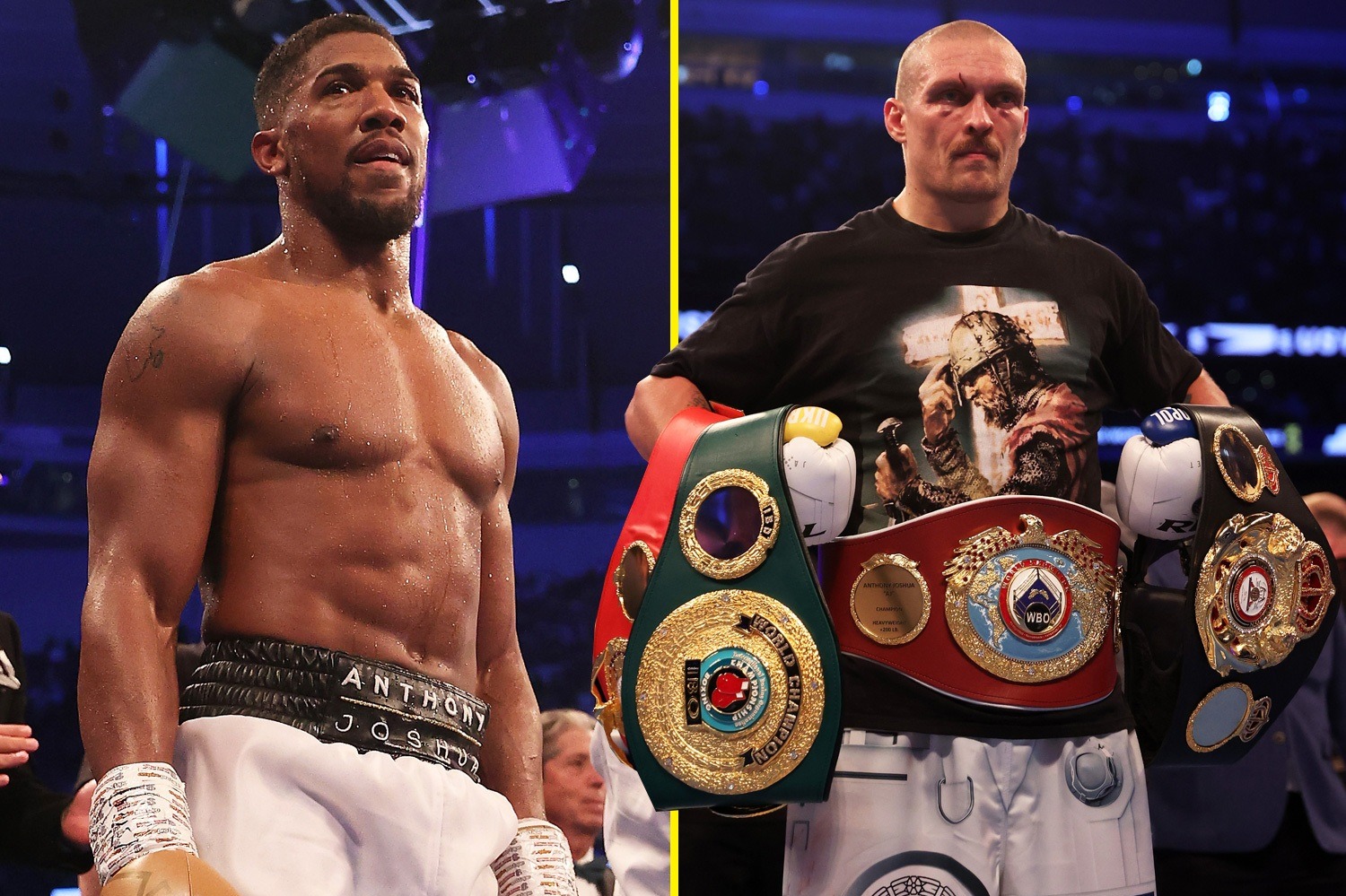 The British star lost his unified titles after being outpointed by the Ukrainian last year before immediately activating his contracted clause to a second meeting. Delays have repeatedly hit the announcement of the sequel after Usyk was unable to meet the original planned date in April after taking up arms to defend his native Ukraine against Russian invasion.

However the rescheduled clash will now be staged at the 40,000-seat Jeddah Super Dome later this summer with Joshua finally handed his chance at redemption. He will attempt to repeat his rematch victory over Andy Ruiz Jr in the same country in 2019.

It has been reported that the nation has forked out an incredible £90million to take the rematch to Middle East, with Usyk keen to take the fight to the most lucrative destination despite the possibility of a London return. Joshua raked in an incredible £65m for his previous exploit in the Arabian peninsula, and both men could be set to earn up to £100m for the second meeting.

Joshua’s promoter Eddie Hearn confirmed the heavyweight star wanted to return and take home advantage into any rekindled rivalry. “We would like it in England because it’s a must-win for AJ and it’s always an advantage to have that home advantage, but one of the issues is it’s a financial split,” Hearn said before the venue was agreed.

“And obviously, Team Usyk is going to want as much money as they can for that fight. So we have to look at the other options and there is a lot more money to do the fight elsewhere. If we had our way, London would be the choice because it’s an important fight for AJ to win obviously