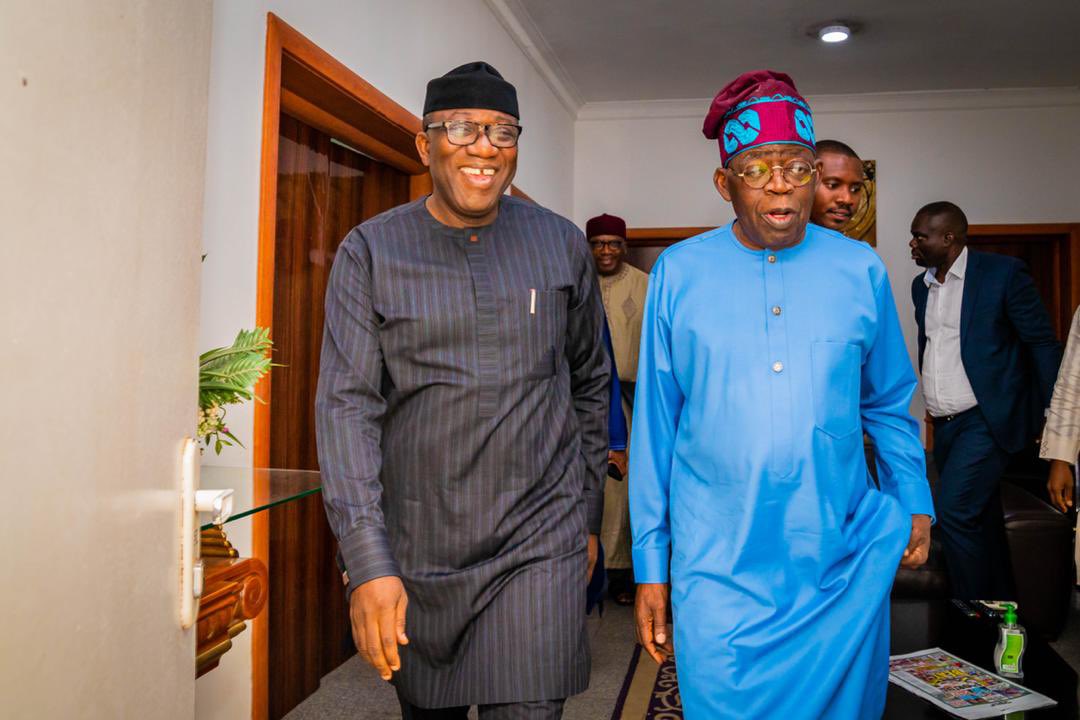 The All Progressives Congress, APC, presidential candidate, Bola Tinubu has congratulated the outgoing Ekiti State Governor, Kayode Fayemi over the party’s victory at the just-concluded governorship election in the State.

Tinubu said Fayemi’s style of leadership made it possible for the APC to retain power in Ekiti State.

APC’s governorship candidate, Abiodun Oyebanji was declared the winner of the governorship election after polling the highest votes.

Oyebanji got 187,057 votes to defeat his closest rival, Segun Oni of the Social Democratic Party SDP, who garnered 82,211 votes.

However, Tinubu urged the people of the State to continue to retain their faith in APC.

In a statement by his Media Office, Tinubu said: “I must commend the now outgoing-Governor, Kayode Fayemi, and his team whose progressive leadership in Ekiti made it possible for APC to retain government for the next four years. I am confident that the Governor will finish well and strong.

“While thanking the people of Ekiti once again for standing by APC, I urge them and indeed the generality of Nigerians to continue to maintain their faith and confidence in our party.”

“I congratulate our Governor-elect Abiodun Oyebanji and his Deputy, Mrs. Monisade Afuye, for their great success at the election.

“This victory is our victory as members of the APC,” he said.