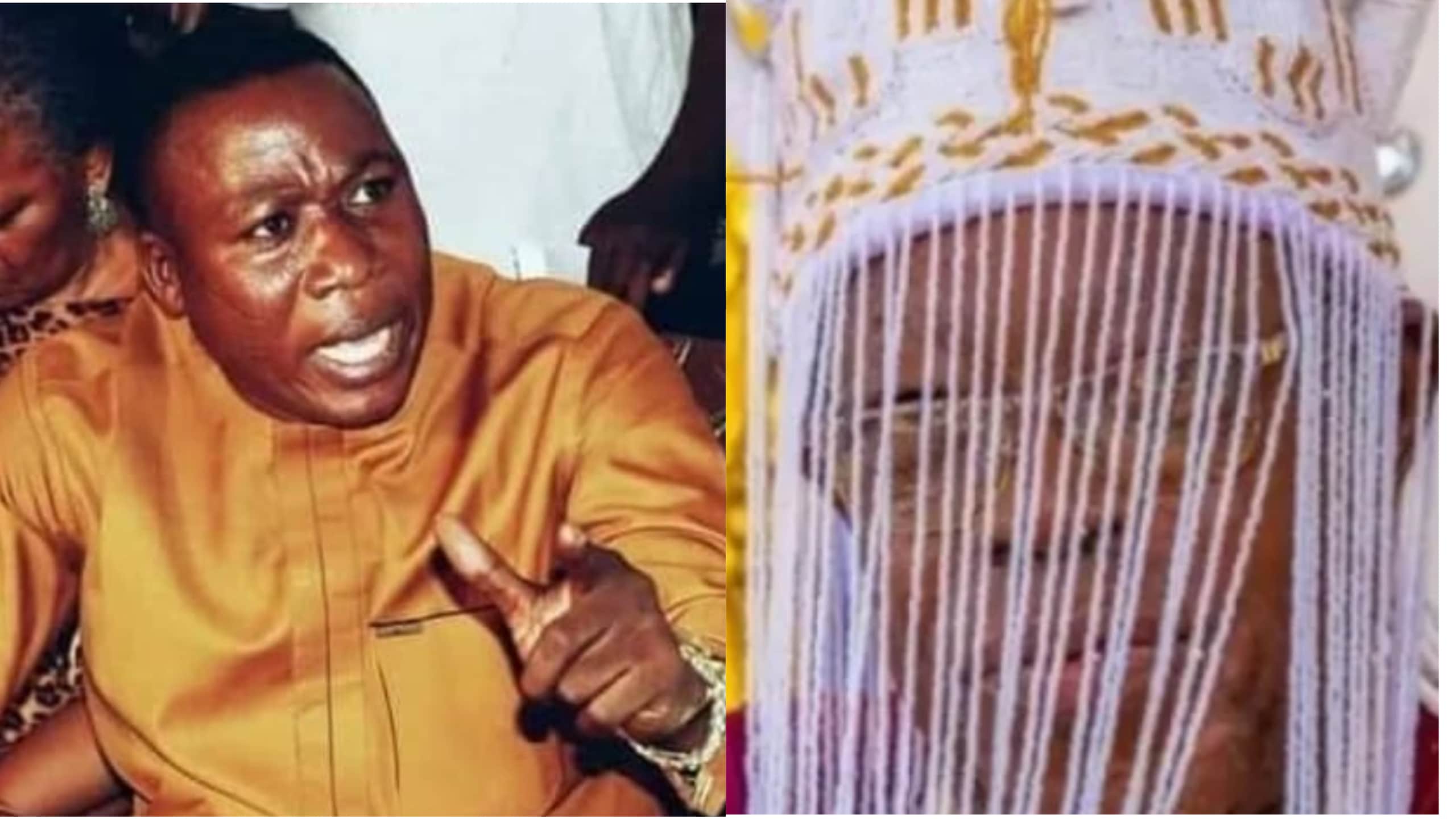 Igboho had condemned the monarch for conferring chieftaincy titles on the Kano helmsman and his wife, Hafsat.

Yoruba Nation agitator, Sunday Igboho has gotten a reply from the Olubadan of Ibadanland, Oba Lekan Balogun after he expressed disappointment following the conferment of a chieftaincy title on Governor Abdullahi Ganduje of Kano state and his wife, Hafsat.

In a video shot at the palace of Olugbon of Orile-Igbon, Oba Francis Olusola Alao, Igboho advised the king not to join Obas in giving titles to undeserving people.

In a statement, Olubadan’s spokesperson, Oladele Ogunsola said while he has a right of opinion, the activist must understand that others too have the right to do certain things.

He noted that the Olubadan is too refined to be seeking who to honour with chieftaincy title for whatever purpose.

Ogunsola explained that when a case was made for the Kano first couple by the Yoruba community, through their head Alhaji Muritala Alimi Otisese, the Olubadan gave his consent.

“Even, as claimed in the video by Igboho that the Yoruba nation project remains on course, do we close our eyes to whatever may be the interest of our kith and kin in other parts of the country?”

The palace said Ganduje has been credited for being compassionate to the Yoruba people in his domain.

“Presently, Dr. Ganduje is undertaking an auditorium project at the University of Ibadan where he bagged his doctorate degree.”

Ogunsola recalled how Ganduje flew down to douse tension at Sasa Market in Ibadan two years ago when a crisis broke out at the market between Hausa traders and Sasa natives.

The statement further reminded the public that the Gandujes are Ibadan in-laws.

“It is advisable that Igboho asks questions before forming an opinion on anything that has to do with Yoruba as a nation to avoid hasty conclusion.

“The fact that some people from the northern part of the country have taken to crimes and criminality does not mean that all northerners are criminals.

“If and when the Yoruba nation project comes to be, are we saying there won’t be interaction between the Yoruba people and others in the country again?” it asked.