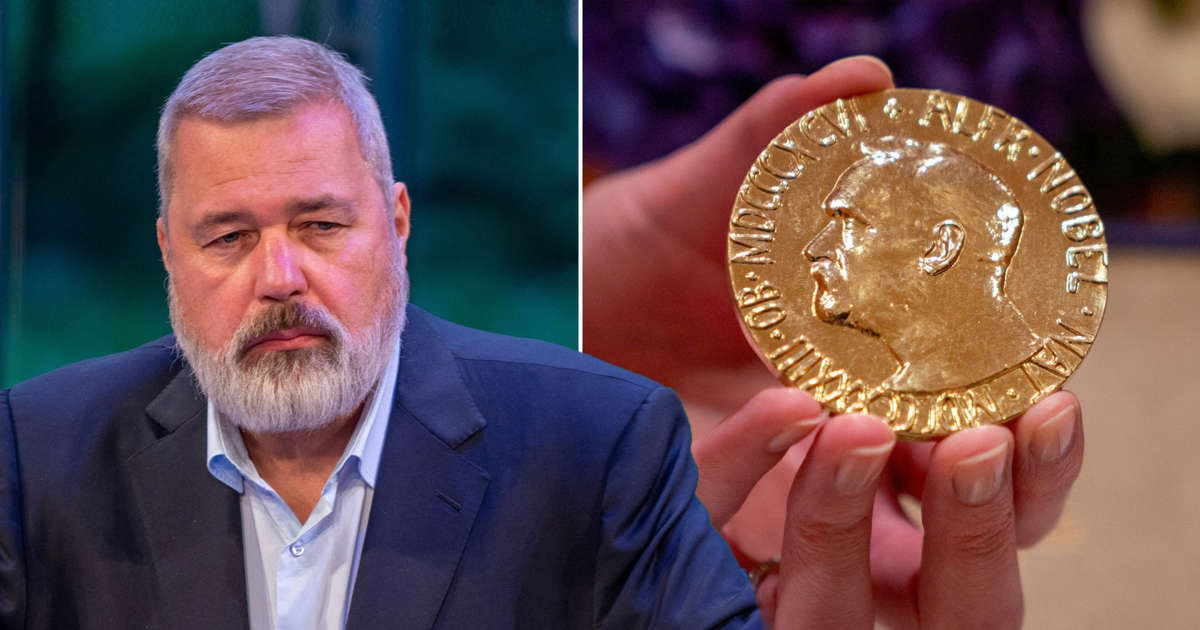 Dmitry Muratov, an award-winning Russian journalist has raised more than $100 million for Ukrainian children by auctioning off his Nobel Peace Prize.

Muratov who was awarded the gold medal in October 2021, having helped found the independent Russian newspaper Novaya Gazeta, smashed the record for the highest sum paid for the medal last night in New York City.

Russian journalist sells Nobel Prize for ?84,500,000 to give to Ukraine?s kids

The journalist will be giving the money to Ukrainian child refugees to give them ‘a chance for a future’.

Proceeds from the auction will go directly to UNICEF in its efforts to help children displaced by the war.

Ahead of the auction, Mr Muratov said he was particularly concerned about children who have been orphaned because of the conflict in Ukraine. ‘We want to return their future,’ he said.

Russian journalist sells Nobel Prize for ?84,500,000 to give to Ukraine?s kids

Previously, the most ever paid for a Nobel Prize medal was in 2014, when James Watson, whose co-discovery of the structure of DNA earned him a Nobel Prize in 1962, sold his medal for $4.76 million (£3.9 million).

Mr Muratov has been highly critical of Russia’s 2014 annexation of Crimea and the war launched in February. It has caused nearly five million Ukrainians to flee their country, creating the largest humanitarian crisis in Europe since World War II. UNICEF estimated back in March that 2 million children had been among those forced to flee.