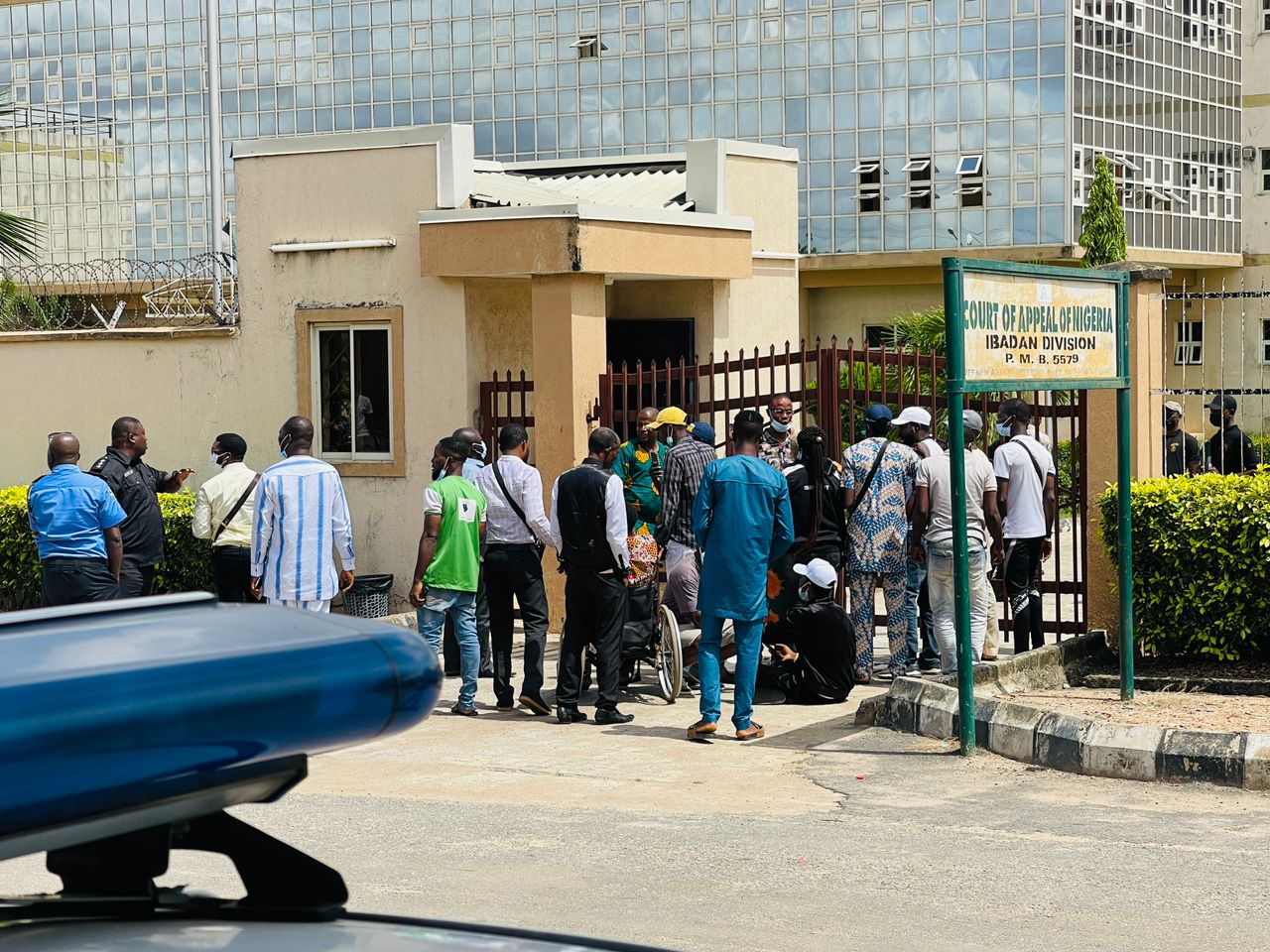 The Court of Appeal, Ibadan Division on Wednesday barred journalists and supporters of Mr. Sunday Adeyemo also known as Sunday Igboho from gaining entrance into the court premises.

It was reports that the court is sitting over an appeal filed by the federal government against a judgement earlier given.

The Oyo State High Court had earlier awarded a sum of N20b in favour of Igboho against the federal government over the invasion of his house.

It was  learnt that operatives of the Department of State Service on 1st July 2021 invaded the Ibadan residence of Mr. Igboho.

The plaintiff approached the High court where a sum of N20b was awarded in his favour against the federal government.

But at a court session to hear the appeal suit by the federal government, journalists and supporters of Igboho were barred from gaining entrance to the court premises.

Some of the supporters who protested at the court premises said all they are asking is for Igboho to be freed.

They chanted, “What do we want? Igboho freedom.

Lead Counsel to Mr. Igboho, Yomi Alliyu (SAN) who addressed journalists after the court session said the case has been adjourned for judgement to a later date.

Alliyu maintained that the court would communicate the date to them. “The case has been adjourned for judgement. “The date will be communicated to us”.