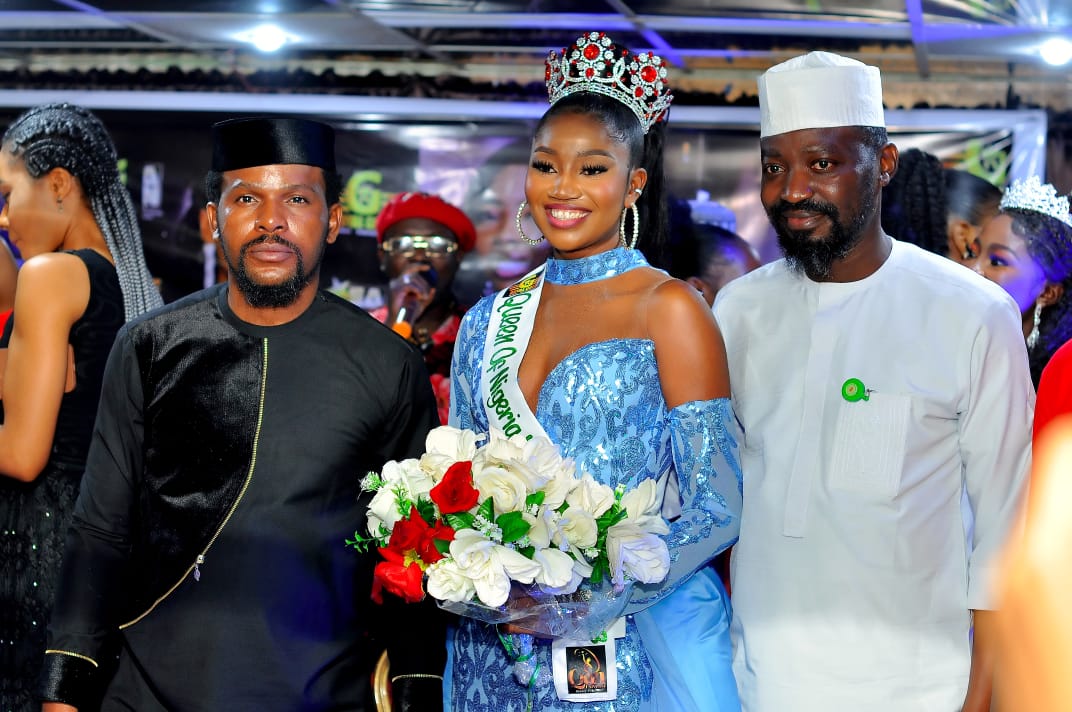 A 24-year-old Ajoke Tony Lawal has been crowned the Queen Of Nigeria Universe beauty pageant.

She also walked home with the star prize of a brand new car.

Queen Lawal who hails from Ogun State, was announced winner by the President of Pageant Organisers Association of Nigeria, King Fajag at the event which took place at Top Rank Hotel Abuja over the weekend.

She attended LEA Soho, GSS Gwarimpa and currently a student of the National Open University of Nigeria where she is studying Mass Communication.

A professional model, and makeup artist, she was said to have put up impressive performance to emerge Queen of Nigeria Universe 2022.

Queen Eke Mildred Davis who hails from Delta State. who emerged queen of Nigeria Tourism Universe, was announced 1st runner up by the President of Pageant Organisers Association of Nigeria, King Fajag at the event.

she’s a Graduate from the Federal Polytechnic Auchi Edo State. and studied Urban and Regional Planning. she is a professional model and brand Ambassador.

The event also had other runners up, Queen immaculate Ibrahim who is the new queen of Nigeria humanitarian universe and Queen Ugambe Joy, Queen of Nigeria culture universe.

All the runners up also got mouth-watering consolation prizes.

The pageant show attracted the presence of notable personalities, including the President of Pageant Association King Fajag who announced the winner as well as the CEO Most Beautiful Girl in Abuja, Hon. Ejiro Okpihwo and AlexReports.

Individuals who have also contributed to the growth and development of the country at various capacities were honoured.

The CEO Royal Gold Fashion and Entertainment and the Convener Queen of Nigeria Universe Beauty Pageant/Benue Unite Entertainment and Prestigious Award (Buepa) Prince Oche Emmanuel, while congratulating the winners charged them to be good ambassadors of the brand.

He also said the decision to honour notable personalities is to show appreciation for their modest contributions in the country’s development.

He assured that the brand will continue to honour agreement with its queens to foster a cordial relationship.