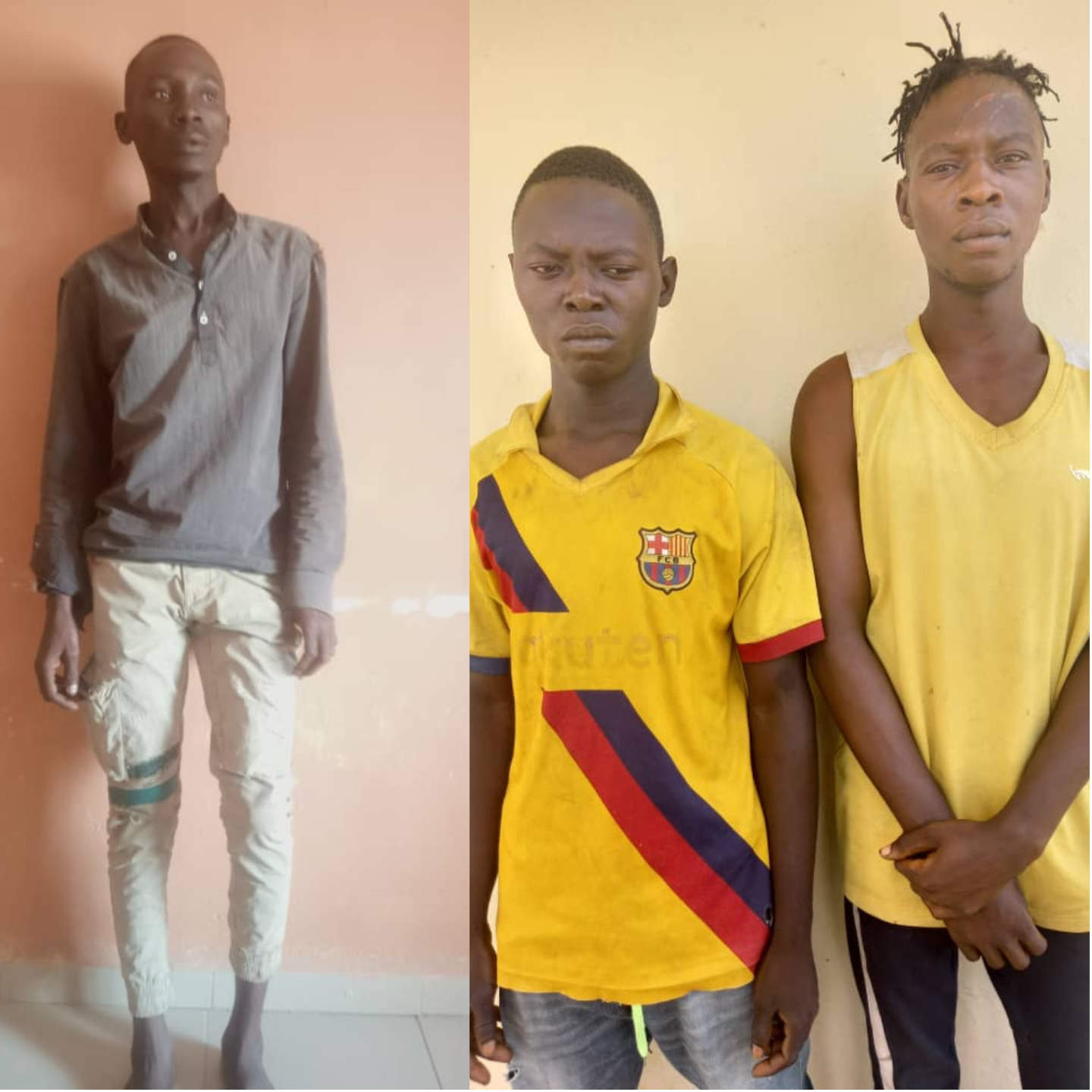 Three persons have been arrested in Adamawa State allegedly for raping a mentally ill woman and for defiling minors.

Two of the suspects are charged with the rape of the mentally ill woman while one faces the accusation of defiling two minors.

“The suspects one Kwallan John 23 years old and Imamu Abdulrahman 21 years old all residents of Dirma village, conspired and took the victim to an uncompleted building and forcefully had sexual intercourse with her.

“The suspects were apprehended by the police in Dumne Divisional headquarters, following a report received from one Simon D. Adamu a community member,” the statement said.

About the second case, the police command stated that on 20/6/2022, its operatives arrested a 34-year-old man for sexually assaulting two minors of Jiddel village, Michika Local Government Area.

According to Nguroje, the suspect, Dauda Idris, a taxi driver and resident of Jiddel village, took advantage of the little girls due to the absence of their parents.

“The suspect was apprehended by the Police in Michika Divisional headquarters, following a report received from one Magret Dali, a mother to one of the victims.

“Investigation so far reveals that the suspect raped the little girls severally with a threat to kill them if they speak out, while the former took advantage of the victim’s mental ill-health,” the police command said.

It added that the state Commissioner of Police, CP Sikiru Akande has directed discreet investigations into the cases and commencement of prosecution of the suspects.