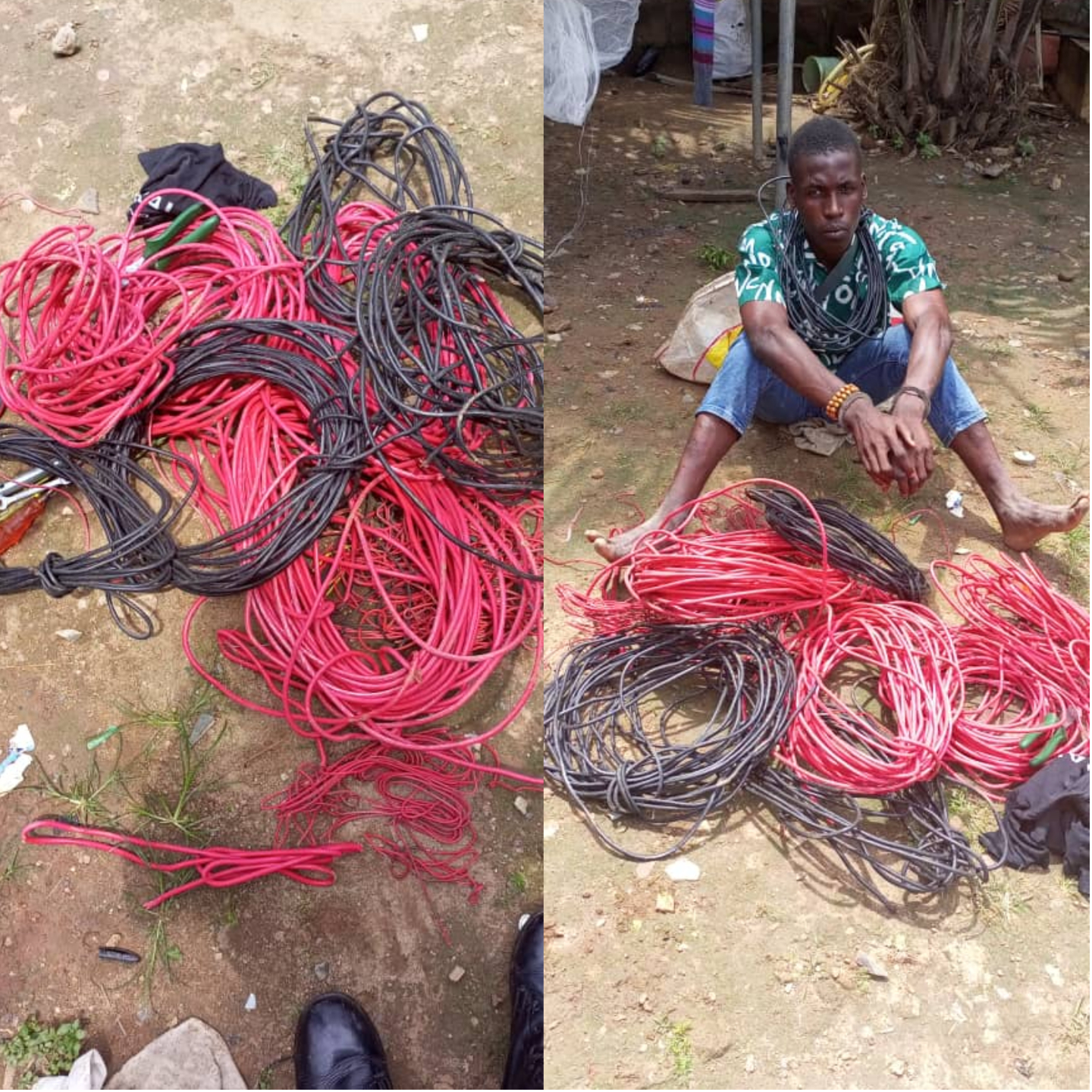 One Mr Omotayo Oni has been arrested in the Obafemi Owode Local Government Area of Ogun State for allegedly stealing cables inside the Deeper Life Bible Church Headquarters.

The Ogun So-Safe Corps tsaid on Friday that Oni was arrested around 5:30 am on Wednesday when its officers from Lotto division were on routine patrol of the axis.

The So-Safe Corps spokesperson, Moruf Yusuf, said Oni attempted to run away when the security officers wanted to find out where he got the cables in his possession from.

However, he was reportedly chased and arrested by men of the state government-owned security outfit.

Yusuf said the suspected thief was interrogated without torture, saying he “confessed to having stolen the cables around the spot he was nabbed.”

According to him, “it took the team hours to get to the actual place where the cables were stolen as he took them to so many wrong locations before he opened up and mentioned that the crime was perpetrated in Deeper Life Church, State Headquarters.”

As part of efforts to authenticate where the cables were stolen from, Yusuf disclosed that the Corps Commander, Soji Ganzallo, had instructed the team to visit the said church.

“At the church, the Chief Security Officer and others were surprised and asked him how he managed to escape being caught with the formidable security network of the church,” it was said.

Meanwhile, the suspect and the exhibit had been transferred to the police at the Redeemed divisional headquarters for further investigation and likely prosecution.