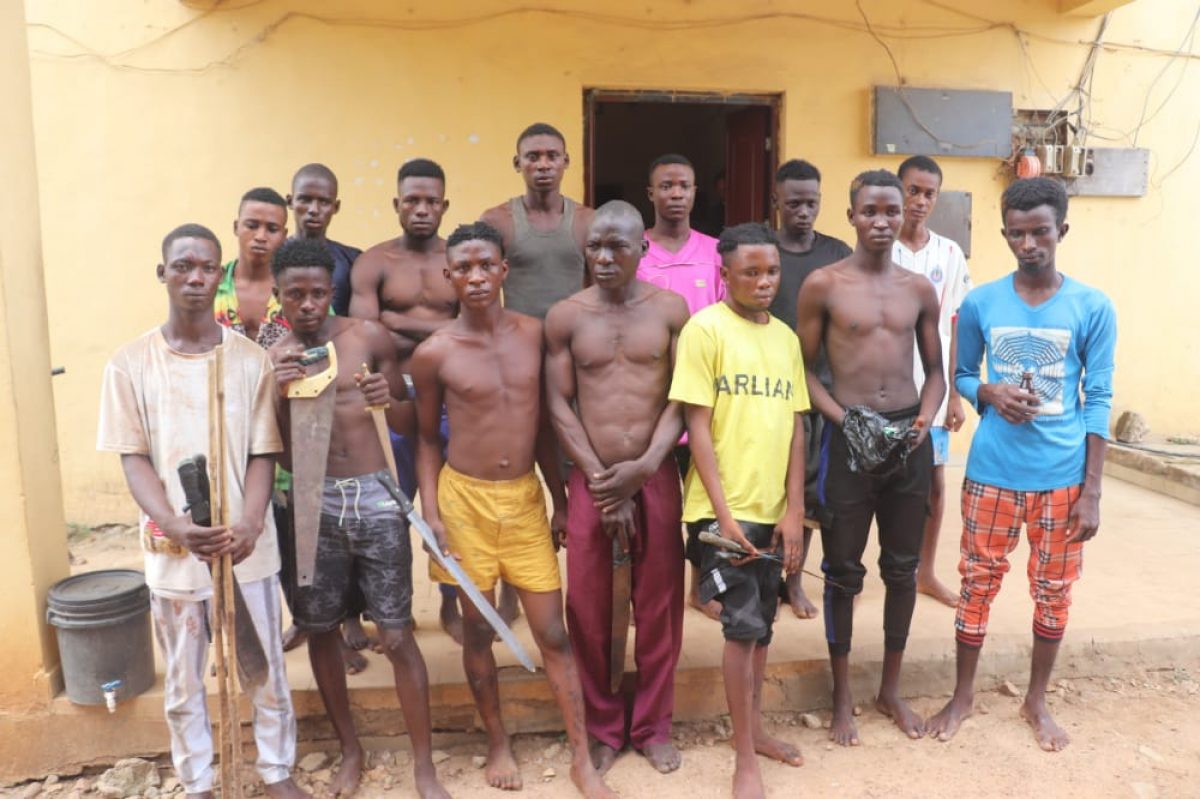 The Niger State Police Command has arrested 22 suspected thugs in its continued bid to curtail acts of thuggery, youth restiveness, and other crime and criminality in Minna, the state capital.

The state Police Public Relations Officer, PRO, DSP Wasiu Abiodun, made the disclosure in a statement issued to journalists in Minna.

He said they were arrested through a combined team of police operatives mobilised from the Department of Operations, Bosso and Minna Area Commands.

According to him, the effort was another round of raids of criminal hideouts within the metropolis which include Angwan-Daji, Angwan-Kanawa, Limawa, Maitumbi, Barkin-Sale and Makera area of Bosso and Chanchaga LGAs of the state.

He reiterated the commitment of the command to explore the administration of the criminal justice system and partner with the judiciary towards a diligent prosecution of the suspects arrested with reference to previous criminal records of each suspect.

However, he urged members of the public, parents, and guardians to cooperate with the Police and other security agencies towards achieving a crime-free environment in the state.

The statement further reassured that the Command will not relent in its efforts to ensure that miscreants who specialises in disturbance of public peace, most especially in Minna metropolis are effectively dealt with in accordance.

Exhibits recovered from the suspects include; one saw, seven cutlasses, eight wraps of suspected cannabis, one pair of scissors, two knives, sticks, and a bottle containing illicit substances.